John Frusciante is officially back. The guitarist who played on some of the Red Hot Chili Peppers’ most popular albums performed with the band for the first time since 2007.

Frusciante joined Anthony Kiedis and Flea for a quick three song set at a private memorial concert in Beverly Hills. They performed “Give it Away,” “I Wanna Be Your Dog” by The Stooges and “Not Great” by Gang of Four. 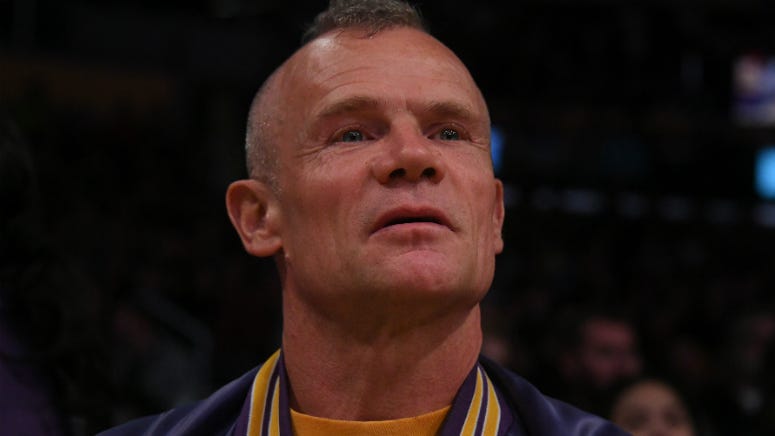 Stephen Perkins of Jane’s Addiction filled in for drummer Chad Smith, so a full live band reunion will have to wait until at least the Hangout Music Festival in May. Jane’s Addiction did a four song set of their own and was joined by Frusciante on “Mountain Song.”

The event was organized by the Tony Hawk Foundation in memory of aspiring film producer Andrew Burkle, who was the son of billionaire Ron Burkle.

This will be Frusciante’s third stint in the Red Hot Chili Peppers. He first joined the band in 1988 and left in 1992 amid the enormous success of Blood Sugar Sex Magik. The 49-year-old returned in 1998 in time to record Californication, By the Way and Stadium Arcadium but left again in 2009.

He was replaced with Josh Klinghoffer who had been a touring guitarist with the band. Klinghoffer went on to play on I’m With You and The Getaway before being stunned by the line-up change during a meeting at Flea’s house.

“I rode my bike over,” Klinghoffer recalled. “They just said, ‘We’ll get right to it. We’ve decided to ask John to come back to the band.’ And I just sat there quiet for a second and I said, ‘I’m not surprised.’ And the only thing I could think to say was, ‘I wish I could have done something with you guys, musically or creatively, that would have made this an absolute impossibility.'”

“Josh is a beautiful musician who we respect and love. We are deeply grateful for our time with him, and the countless gifts he shared with us,” the band said in a prior statement.