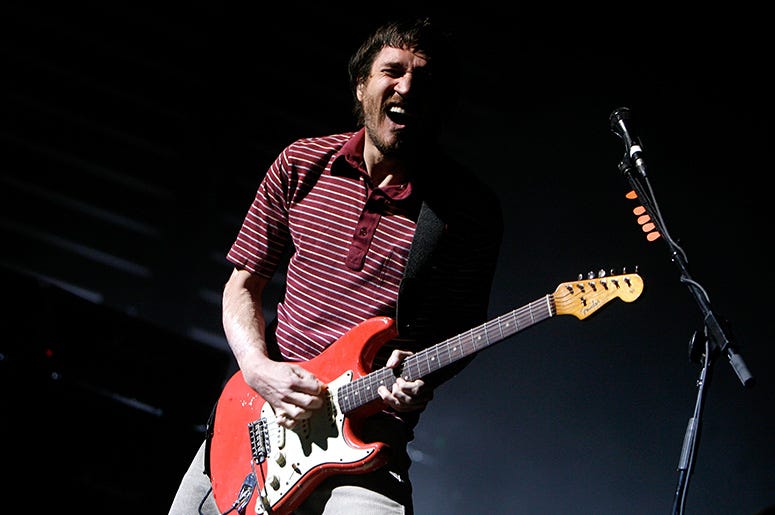 John Frusciante says the Red Hot Chili Peppers are back in the business of making new music, even while COVID-19 nips at the heels of productivity and collaboration.

“We’re moving ahead with what we’re doing, writing new music.”

The Chili Peppers parted ways with Frusciante more than a decade ago. After working through creative differences, group members had a change of heart and embraced his presence. "It’s just returning to family,” Frusciante explained.

“I’m extremely comfortable with those people. It was as if no time had gone by at all when we started playing, pretty much, with a couple of minor exceptions, like how Chad and I gradually got our communication together in a new way.”

Legendary guitarist @johnfrusciante is back with Red Hot Chili Peppers – and he's set to release Maya, a solo album of breakbeat and jungle tunes.

Calling in from LA, he talks to @TimShiel today on Arvos about making music beyond rock: https://t.co/wrEJMdnbmd pic.twitter.com/hsj6mPrx67

It’s Frusciante’s third go-around with the group. His tenure started 1988 and petered out in 1992 amid the enormous success of Blood Sugar Sex Magik. He appeared in the line up again in 1998 to record Californication, By the Way and Stadium Arcadium, but left 11 years later.

John was a driving force for some the band’s most popular albums. That energy was reprised back in February when he joined Anthony Kiedis and Flea for a quick three song set at a private memorial concert in Beverly Hills. They performed “Give it Away,” “I Wanna Be Your Dog” by The Stooges and “Not Great” by Gang of Four.

Stephen Perkins of Jane’s Addiction filled in for drummer Chad Smith. A full reunion is still up in the air while COVID-19 restricts live shows.