Celebrating the release of her seventh studio album, the grimey and gritty '70s funk-influenced Daddy's Home, Annie Clark, better known as St. Vincent, joins Audacy's Bryce Segall to Check In on how her big day is playing out and give some insight into the new release. 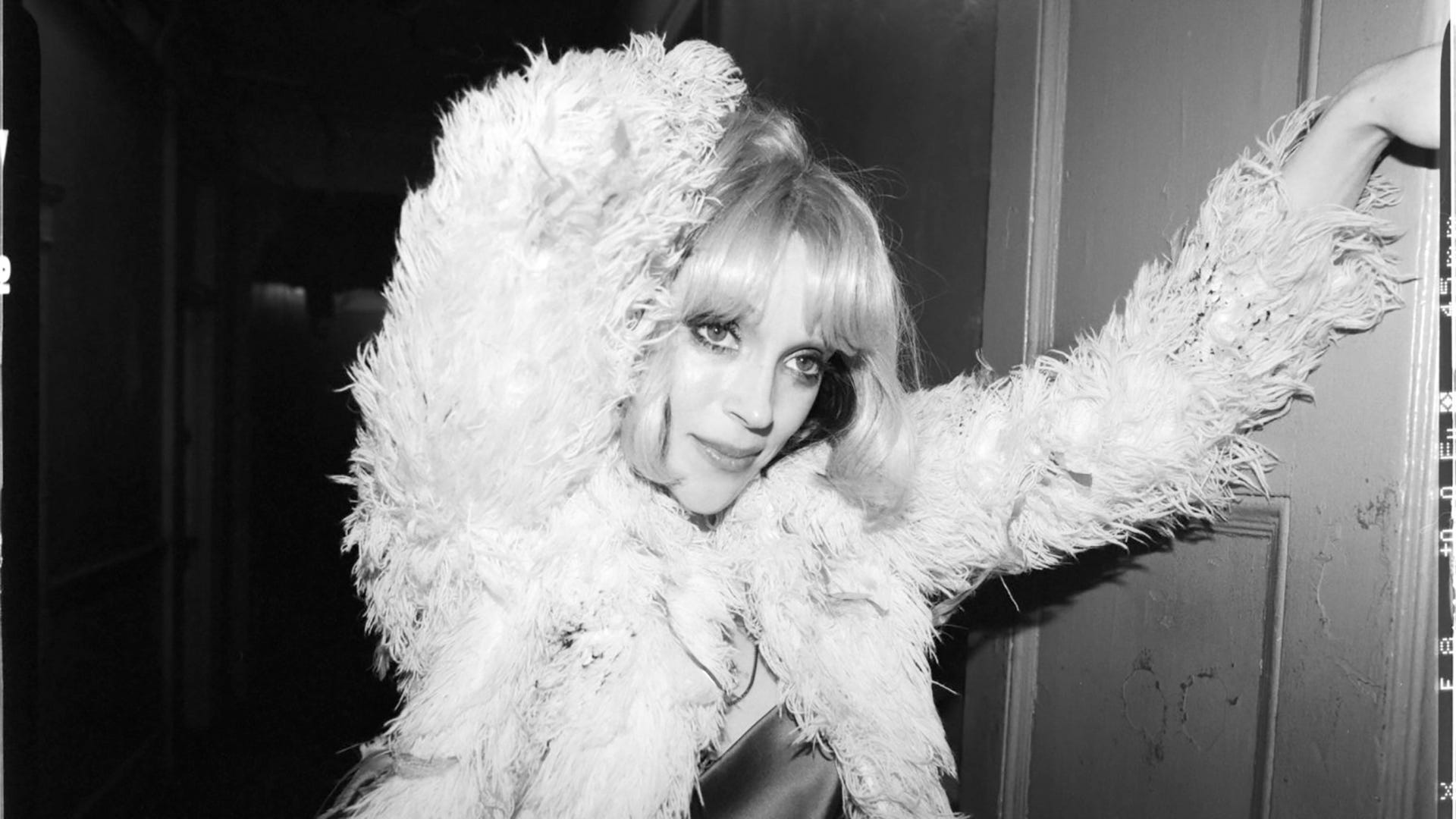 St. Vincent welcomes us into the compelling and complicated world of 'Daddy's Home'

Clark's latest, Daddy's Home, continues the artist's obsession with creating complete vibes, this time one of smoke-filled rooms, rotary phones, and matted shag carpeting and is available for purchase and streaming everywhere now. “It’s release day,” Annie says excitedly. “It’s like having a birthday and a bat mitzvah all rolled into one! People are sending me nice texts, I’m getting gifts, but more than anything I’m just so psyched to have it in the world and get it into the ears of people who love it, you know? That’s the best.”

Along with the previously released singles "Pay Your Way In Pain," "The Melting of the Sun," and last week's new offering "Down," today another 11 tracks arrive to take us further down the road with Clark on her magical mystery journey into a world full of wah-wah pedals and wild nights.

This is certainly not St. Vincent’s first time cycling through an album release; it’s her seventh in fact, but she’s found this time around was a little different, “in that, I don’t know if you know we’ve been in this global pandemic… you heard about it? Because of that, usually when I’m puting a record out I’m on tour someplace in Des Moines… or someplace doing press all day in a different time zone. This time it’s pretty chill and nice. It’s gonna be a mimosa day or something. Actually, not mimosa because I don’t want to ruin champagne with orange juice. ‘Let’s cut to the chase,’ is kinda where I’m going with this.”

For those looking for a TL;DR version of this new era of St. Vincent, Annie says the new record, Daddy’s Home, is “really inspired by music from 1971 to ’76, made in Downtown New York – Stevie Wonder, Steely Dan, Sly & the Family Stone, that kind of situation – and stories of flawed people doing their best to get by… sometimes succeeding. It’s 17% psychedelic, there’s humor, and compassion, and just stories of people being down-and-out downtown.”

Before the pandemic struck, Clark had recorded some of the album at the famous and funky Electric Lady Studios, returning to the same room that she recorded her 2017 album MASSEDUCTION in before moving the operation into lockdown at her own studio in Los Angeles as well as at Bleachers songwriter and Taylor Swift’s folklore collaborator Jack Antonoff’s house.

“I know some people really have to have crystals, and sage, and the right candle burning, and to do the right vocal take and all that stuff” Annie says regarding her ability to pull such disparate sounds from the same studio. I’m a little more utilitarian about it. I sang the guttural scream of ‘Pay Your Way In Pain’ at like 9:30 in the morning. I’m just throwing stuff out and following the music… Electric Lady has such a great vibe, you can make great stuff there. It sounds good, it feels good, but yeah I’m not so fussy, believe it or not.”

Keeping in mind the raw New York vibe she admittedly strived for on this album, Annie says she had a brief chance to “road test” the songs while walking through the city during the early demo stages, but once they were in full mastering mode the pandemic was as well. “I listened to it in my car driving across town,” she says, “there wasn’t any place else to go.”

A slight side-narrative to this record was her admission earlier this year that she had wanted to make a “heavier” record than she’s offered in the past. Obviously scrapped for this new, funk-inspired round, Annie says “there’s an aspect to trying to find a record or it being between records where you just turn the tap on and you’re like ‘what’s gonna come out?’ There was definitely this heavier stuff that I was making by myself, trying things out. I just found I wasn’t really there emotionally so I didn’t have anything to say in that space. Where I did have something to say was this wigglier, mellower, more ‘Kodachrome’ kind of vibe.” She adds, “Music is kind of smarter than you are. You can think you’re gonna ham-fist something in some way, but it kind of takes you where it’s gonna take you. And it took me someplace else.” 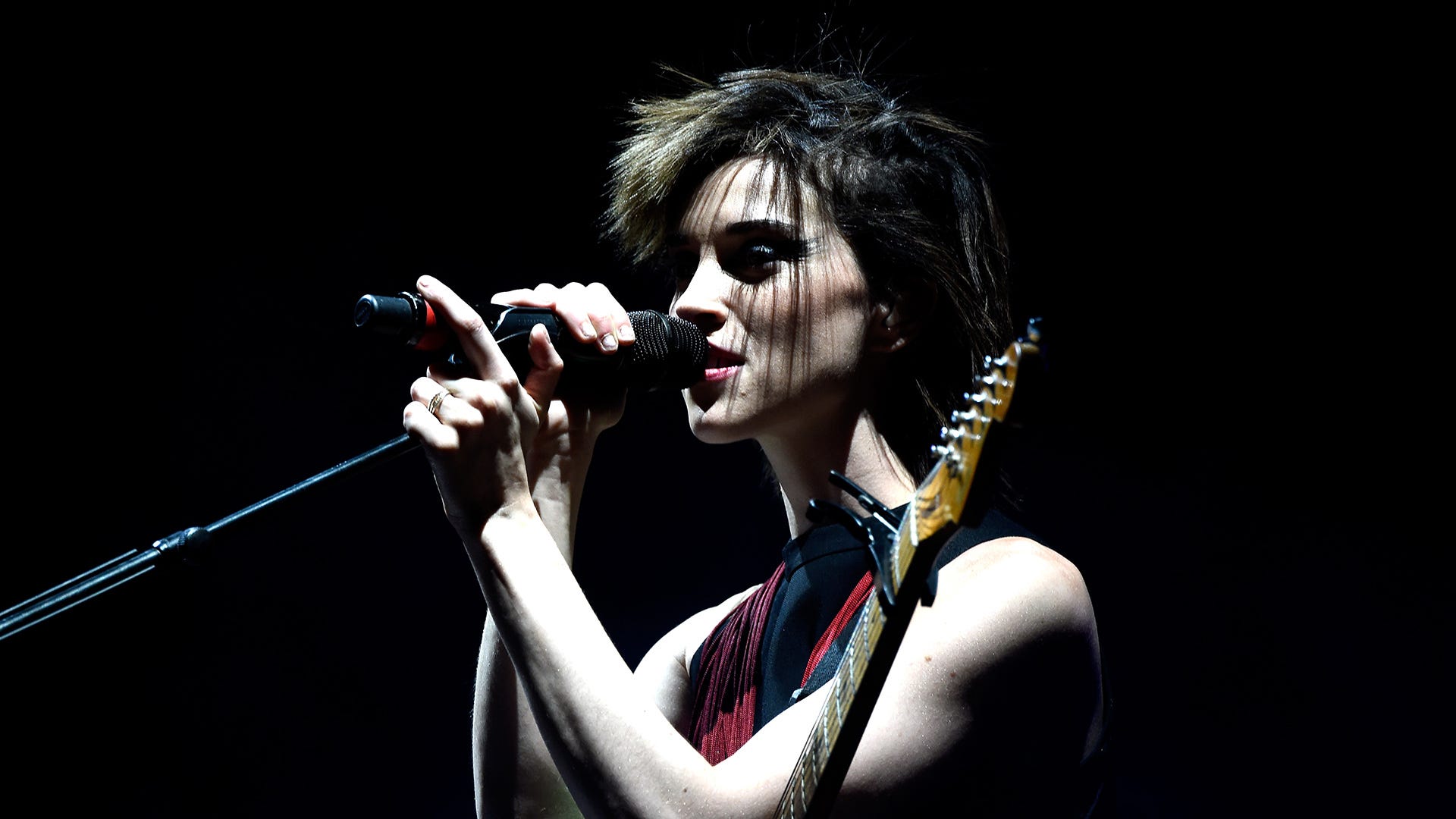 This look back into the music of seventies funk and soul for St. Vincent was likely partly a by-product of her seeking comfort during the pandemic in music that brought good memories – something that has seen a wider appeal on social media during lockdown as well with the surfacing of old clips from the nineties. “I found myself going back and listening to records that I knew I loved, and not listening to as much new stuff,” she says. “I kind of wanted somebody to tell me things were gonna be OK. As a musician, if I had that instinct, I’m sure other people had that instinct too.”

“I think just the way that culture is shaped and also where it’s grown from, it’s more global and very post-modern,” she says. “You can just pull a reference from anywhere and piece it all together, which I think is really interesting. But I don’t know… I do think part of the nostalgia in general recently is just probably because we’re like, ‘what the f*** does the future look like?! I don’t know. Let’s see what the past looked like!’”

Without placing judgement, for St. Vincent the specific period of the ‘70s that she chose to represent on Daddy’s Home she feels “some of the best music and some of the best films ever were made in this little period of time. When you think about the zeitgeist, certainly a lot of things shifted. There was transitional technology, there was cultural tumult, there was industries changing… and the confluence of all those things for some reason meant that there was great, great work being done. But it’s a confluence of a bunch of stuff that we have no control over.”

Switching back to the way certain records can take you to a certain place, as with the New York vibe of Daddy’s Home, for Annie it was David Bowie’s Low that she would pop on while “exhausted on an Air Berlin flight” back home to New York. “I would listen to that ‘Low’ record, but the second half of it which is so deep and so narcotic. I think about ‘The Miseducation of Lauryn Hill,’ and I have very specific memories of being in one of my friends’ s***ty cars, we all had them, and listening to that and smoking bad weed.”

Looking ahead now to taking this record out into the world in a live setting, Annie expects “totally rippin’ musicians, rippin’ some f***in’ tunes. I know that sounds reductive and that was not my most eloquent sentence, brah, but just like gettin’ down, really, really, really, gettin’ down. It’s less high-concept,” she adds, saying “it’s less technology-reliant,” than her previous live production. “With the last record I did, I wanted to be this full-frontal assault of ‘no sense should be left unviolated.’ This is just a very different vibe; it’s from the gut and from the pelvis, so it’s just a different feeling.”

Ending their chat with a fan question that came in that was, oddly, not about when she would be coming to Bogota, Justin asked if she could “Marty McFly” back to the seventies, what song she would play for the people to blow their minds. “You know, probably ‘WAP,’ she says laughing, although a St. Vincent version of the Cardi B. anthem would certainly incite a riot. “That’s a good question. God, I’m thinking like Melt Banana or something.”

Now that Daddy’s Home, Annie is already getting started on the next thing. “I’m so excited for release day, but I’m so excited for tomorrow morning when I can work completely on the next thing without necessarily thinking of this material, which I love so much, but yeah I’m light-years away. Right now there are three differently colored but very shiny threads, and I’m gonna pull at each one."

Don't miss the full interview with St. Vincent above -- and stay tuned for more exclusive Check-In's with your favorite artists right here on Audacy.