Your friend and ours -- Rivers Cuomo of Weezer -- joined hosts Dave & Mahoney in Las Vegas for a special Audacy Check In ahead of their performance as part of the 2022 NFL Draft celebrations happening this Thursday through Sunday.

Listen below, and check out more of your favorite music now -- curated for fans, by fans -- on Audacy’s Weezer Radio!

Weezer is set to take the stage along with rapper Ice Cube and the masked-marauding DJ Marshmello as this year's headlining artists announced for the NFL Draft Concert Series presented by Bud Light, taking place as part of the 2022 NFL Draft in Las Vegas, NV from April 28 through 30. 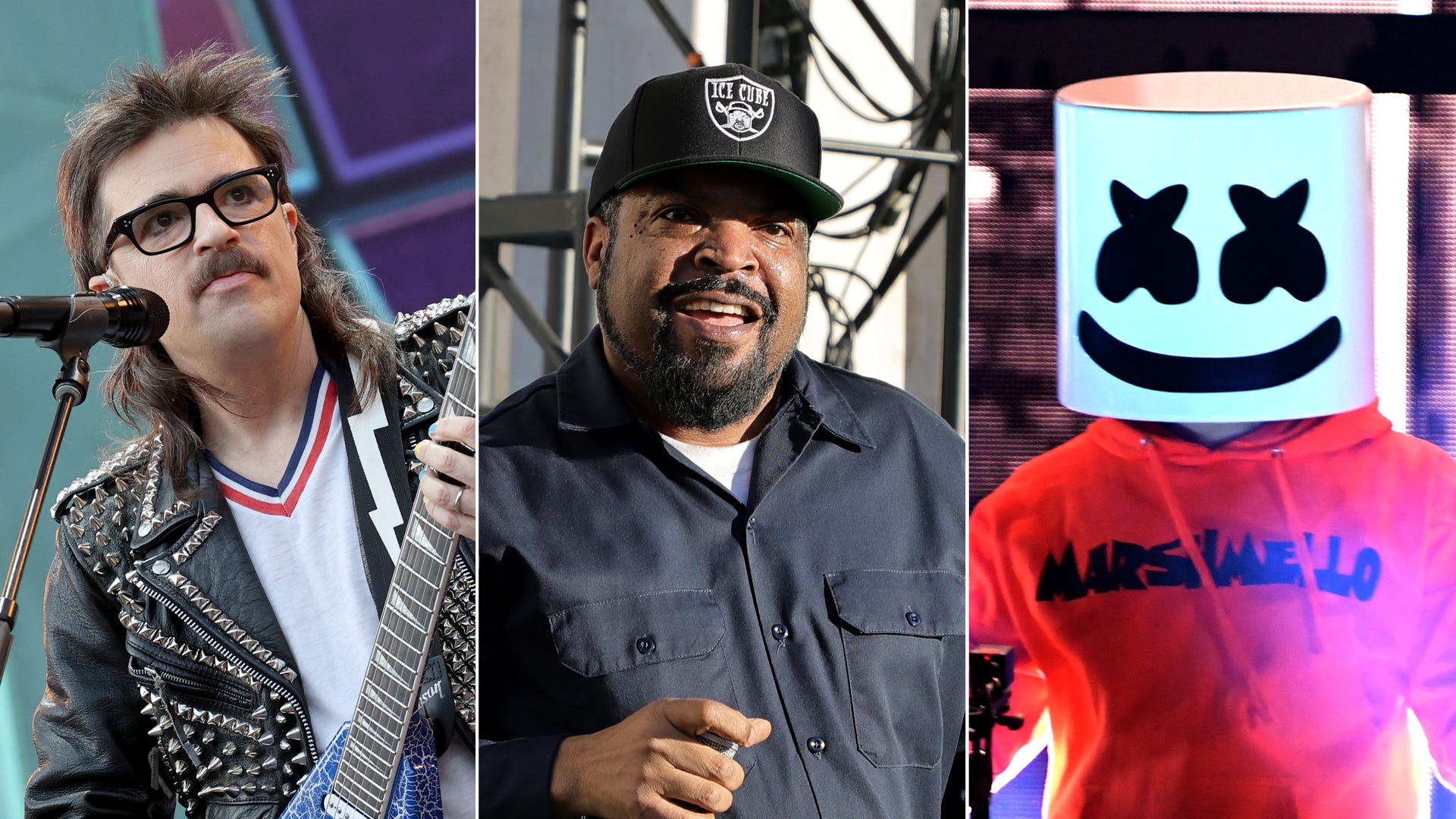 Things have been “pretty hectic” for the band’s frontman, Rivers Cuomo, whose wife is recovering from a bout of COVID, while at the same time he’s been putting the finishing touches on the band’s upcoming Summer EP and beginning the Autumn EP the next two releases in their four-part SZNZ project.

Cuomo says the project came about due to his massive catalog of written work that he puts to tape without thinking of their final placement, keeping them separated in folders categorized by genre or emotion. “Before long, about two years ago, I noticed I had four different folders,” he explains, “and I was like, ‘Hmmm, how can I present four different albums?’ I figured, ‘oh well, I guess they can each be a season.’”

Now thirty years into their careers with no signs of slowing down, Rivers admits Weezer has managed to keep their music fresh over the decades simply for their own amusement, and because he personally appreciates “a lot of variety in life.” The one exception of course being his relationship with his wife, Kyoko, “which is gonna stay the same forever,” he says with a smile. “I like to be very unfaithful and just jump from thing to thing. I think some fans really enjoy it, and some fans want a particular version of Weezer. It’s cool, I get it.” 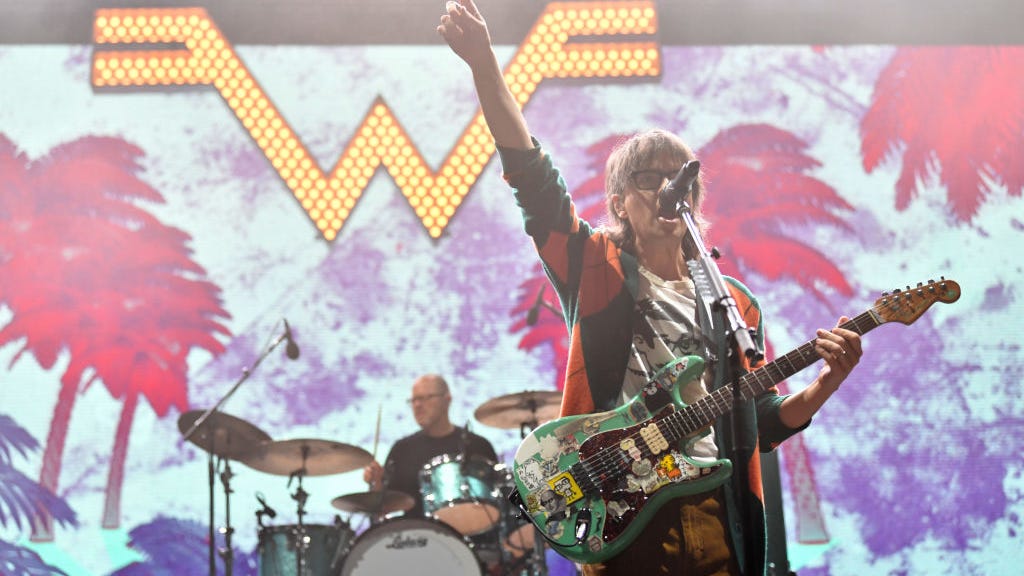 Performing during this year’s NFL Draft celebrations happening in Las Vegas, NV from April 28 through 30 is a pretty epic moment for Rivers, who says he aspired to be a football player when he was younger, but eventually took the rock star route. “Yeah, I was a big fan of the Steelers back when they had that amazing run at the end of the ‘70s, early ‘80s,” he explains, “and I had every intention of joining the Steelers. Then by the time I got to high school though, I realized I wasn’t gonna cut it physically; I was gonna turn out to be very small. It took me a year or two to and then I finally figured out I can be a rock star and still hear the cheer of the crowd and get some of the same thrills."

“It turned out for the best,” says Cuomo three decades later, markedly longer than a theoretical run with his Steelers. Moving forward, Rivers says the band is in the opening discussions of making their Vegas visit a bit more permanent, possibly bringing a limited residency to Sin City. “It might have something to do with the ‘SZNS’ project,” he says, “where we could at least do four nights, if not longer. Or maybe four nights a week for many weeks… each night would be a season plus a bunch of other cool catalog songs.”

Check out Dave & Mahoney's full Check In with Weezer above -- and stay tuned for even more conversations with your favorite artists right here on Audacy.com/Live.

While you're in the mood, browse and favorite some of Audacy's all-new stations like Weezer Radio, Alt Now, Rockternative, Drivin' Alt, New Wave Mix Tape, '90s and Chill, Alterna 00s, and ALT Roots stations -- plus check out our talent-hosted Kevan Kenney's Music Discovery, Megan Holiday's My So Called '90s Playlist, and Scott Lowe on the Go's Post Modern Music Box!