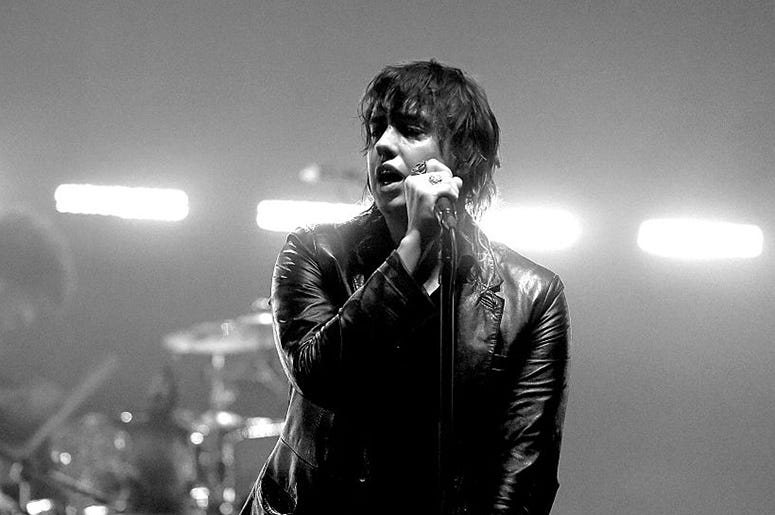 You never know who you're going to bump into in the big city, even in the age of coronavirus. While run in's with inebriated fans on the street can either go good or horribly bad for musicians and artists, when you run into RADIO.COM's Bryce Segall you're likely to be pressed about new music. Not so bad, really.

Such is the case when Bryce had a chance meeting with The Strokes and The Voidz singer Julian Casablancas in New York City, who dropped a hint that he was working on something new. Calling into the New Arrivals show this week, Julian confirms fresh music from The Voidz is indeed on the way.

"We're working on plenty of songs," says Julian, "but there's a song coming out soon actually, probably before the end of the year to be honest."

Last we heard from The Voidz was their collaboration with Mac Demarco and Kirin J. Callinan on "The Eternal Tao," which begs the question of whether or not Julian plans to bring more people into The Voidz circle.

"No, unfortunately not," he says pointedly. "That was a really fun, cool thing."

However, that doesn't mean Julian hasn't been thinking of people he'd like to work with.

RADIO.COM's New Arrivals with Bryce Segall is your destination for what's next in the Alternative landscape. Pairing new music from the artists who define today's sound against tomorrow's voices, on a given night listeners can expect not only first plays and premieres from future favorites, but also exclusive interviews with the most prestigious of the genre's talents. Early guests include Kevin Parker of Tame Impala, Damon Albarn, 100 Gecs, Phoebe Bridgers, Robin Pecknold of Fleet Foxes, Romy of The xx, James Blake, and more.

Listen to Julian Casablancas on the show this Sunday night at 10PM ET (midnight, Los Angeles) hosted by Bryce Segall and available on all your favorite RADIO.COM Alternative stations.