Pop-punk duo KennyHoopla and Travis Barker recently joined Audacy host Nicole Alvarez in the DTS Sound Space for an exclusive conversation and performance, riding high on the success and massive praise that KennyHoopla's new SURVIVORS GUILT: THE MIXTAPE// has received since its release early last month.

Kenny and Travis gave us a look behind the scenes of their project and recording process -- plus a glimpse at their incredible dynamic in a live setting. 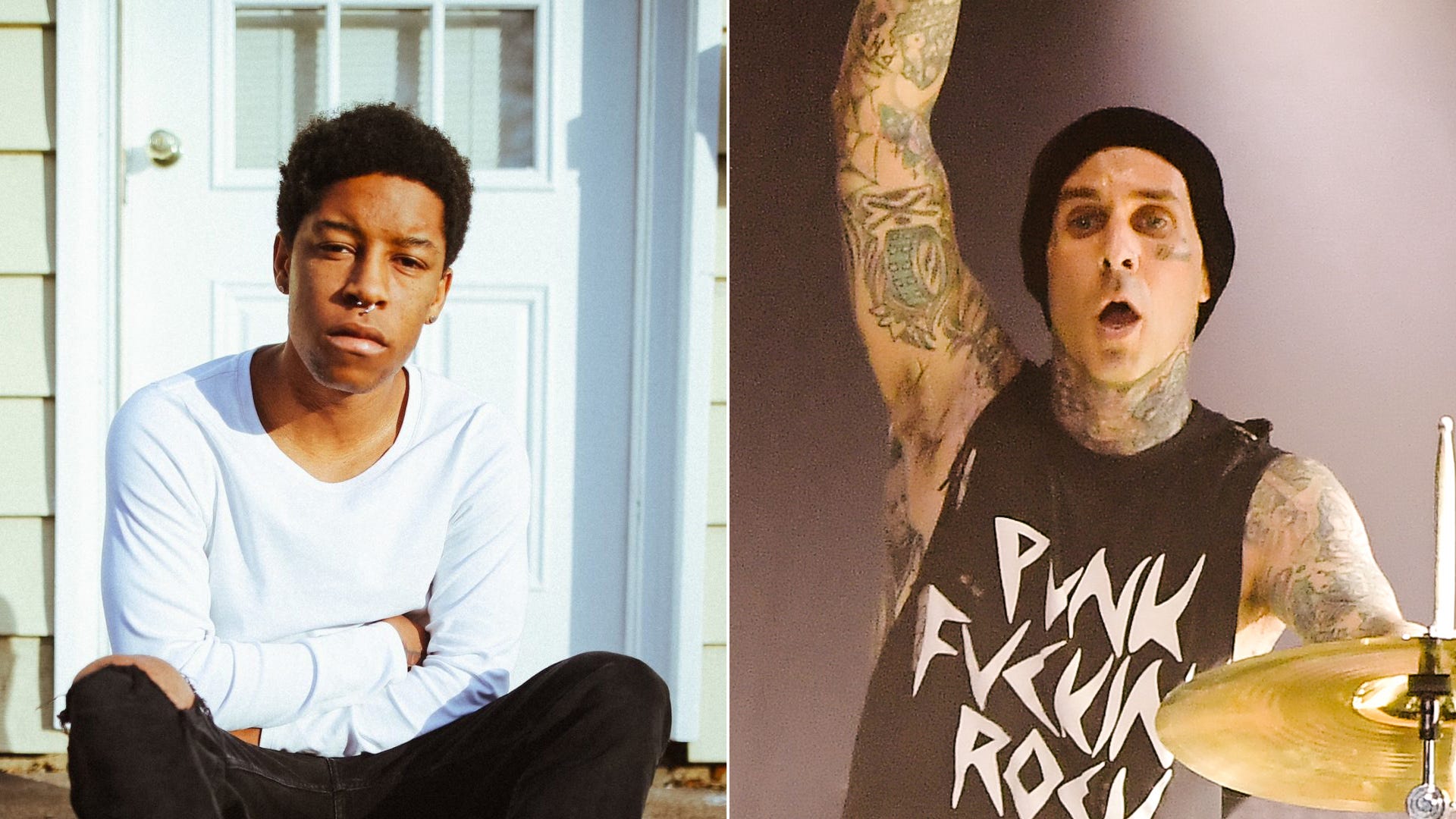 Kenny's new eight-song collection of collaborations with the blink-182 drummer ranges from Punk to Emo and Screamo, with emotional storytelling and thoughtful lyrics that will make you go back for more than one listen. Along with Kenny and Travis, Dark Waves guitarist Nick Long also joined the duo for this performance and chat, stepping out of the shadows and finally putting a name to the face we’ve seen crushing through Kenny’s most recent live sets.

Travis and Nick had been working on a number of projects together over the past year and a half, but being brought on to help with KennyHoopla was “unexpected and magical,” he says. “Kenny walked in and had this chorus idea for a song, didn’t know what the music should be, and it was one of those days where everything just fell into place. It felt so natural, which gives me the best high ever," says Nick. "We just had really great chemistry right off the bat, so we did this whole project together over the last however many months.”

Travis remembers working on “I Think I’m OK” with Machine Gun Kelly and struggling with the placement of an acoustic guitar part written by Nick. After hearing more demos and realizing he needed a guitarist to work with, Travis suggested getting Nick in the studio to work on what would eventually become MGK's Tickets To My Downfall. The chemistry between them happened instantly; “Nick grew up playing in bands and being on Warped Tour; listening to The Descendents and Black Flag and Jawbreaker – which is one side of my musical taste that definitely shaped who I am today.”

For Barker, finding Kenny was more like “online dating,” he says. After liking some of his social media posts and talking about music together, Travis says he was a fan of Kenny’s immediately. “I was working with Smoke Purp, and his manager was looking after Kenny. “I was like, ‘whoa Kenny’s on some Alternative s*** that you just don’t hear all the time.’” They eventually got together in the studio, jammed on some of Kenny’s ideas, and a few hours later “ESTELLA//” was born.

Finding a love for music came early for Kenny, with his earliest memory being jamming to Enya during kindergarten naptime and hoping for her to come back on the radio. ”I feel like music pursued me, it was never something that I chose, exactly,” Kenny says. “I feel like, sincerely, it’s just always been me and music my whole life. As long as I can remember it’s just been my only friend and my best friend.” Now, making music is less of a want and more of a need. "We can all relate; we all are able to talk through something. I can hear how [Travis] is feeling when he's drumming and I can hear how Nick's feeling when he's playing guitar."

Aside from the excitement behind the new record and expectations of even more great songs coming soon, Kenny recently sold out his very first headlining tour in just one week. He and his band will be playing some of the biggest shows of his career this fall, just as the world opens up following the easing of health restrictions. Kenny also has dates set to support MGK and YUNGBLUD, as well as a scheduled appearance at the Reading & Leeds Festival. A stressful time for sure -- but Kenny is ready to meet the challenge. "We're just gonna do what we do and they're gonna rock with it or they don't. But, we're gonna give it a 100%," he told us in June. "I'm just gonna be Kenny." 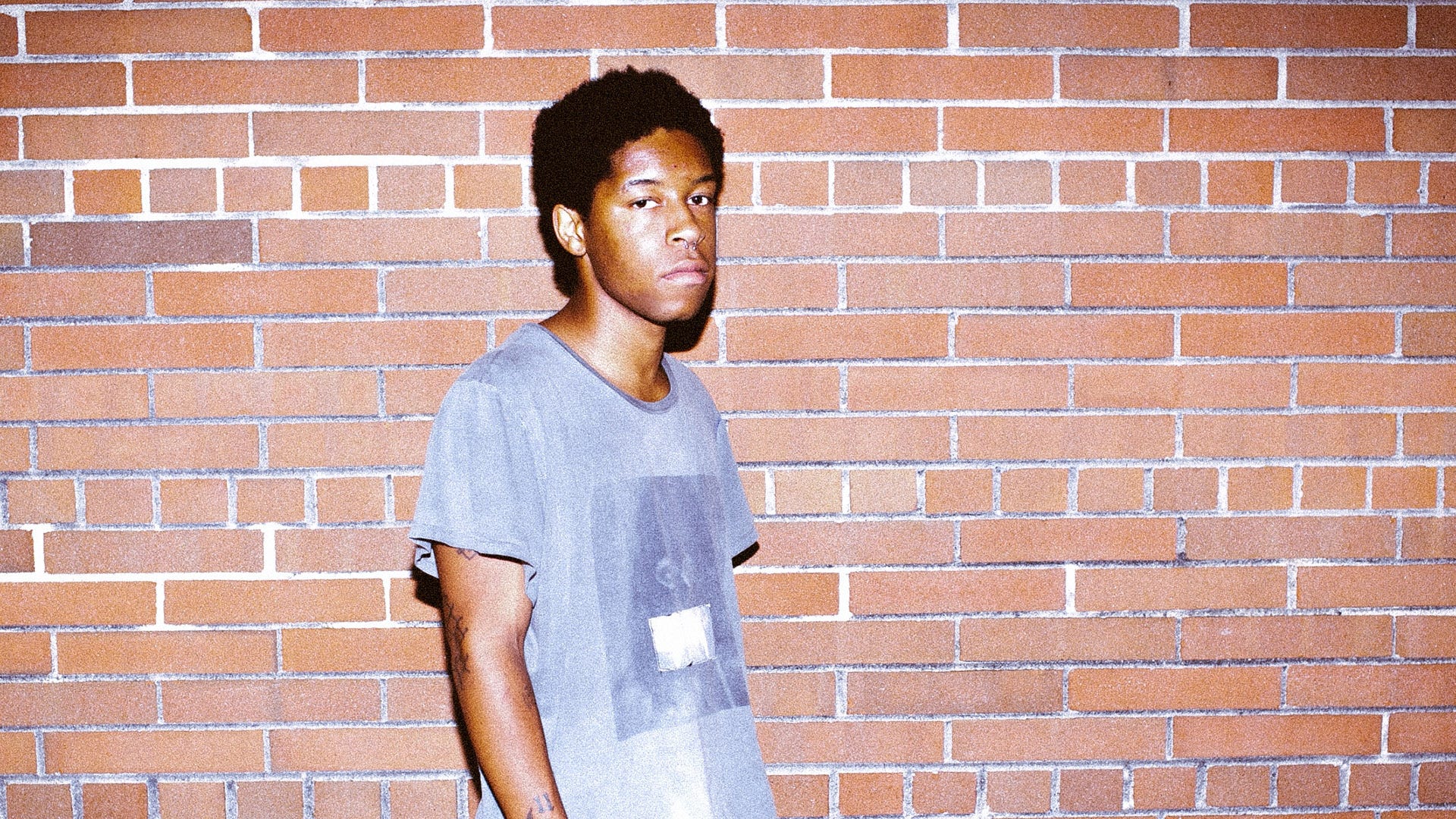 Working with Travis Barker on mixtape was 'second nature' for KennyHoopla; 'It was perfect'

Check out Kenny, Travis, and Nick’s incredible performance of their tracks “Estella//,” “Hollywood Sucks//,” “Silence Is Also An Answer//,” and “Inside of Heaven's Mouth There Is a Sweet Tooth//” plus Audacy host Nicole Alvarez’s chat with the duo above.

Stay tuned for more exclusive performances and conversations with your favorite artists live from the DTS Sound Space – and check out our huge list of all new exclusive stations right now.