You can't seem to get his songs out of your head and neither can we... KennyHoopla has been impressing a new set of Alternative music fans on a daily basis since the release of his 2020 EP how will i rest in peace if i'm buried by a highway?//. RADIO.COM's Kevan Kenney got a chance to talk with Kenny about new music in the works, his fascination with death and immortality, and the constant struggle for authenticity -- PLUS he gave us an incredible acoustic performance of his latest single "ESTELLA//" with some help from drummer Travis Barker.

Joining us from his home in Wisconsin, Kenny described his on and off relationship with his hometown as opposed to the grind of major cities like Los Angeles and New York, where historically all of the major power moves are made in the music industry. One reason Kenny chooses small(er) town living over metropolitan life is because equally historical are the undeniable pop-punk/post-punk/emo vibes he gravitates to, and which have come out of the midwest for as long as the genres have existed.

"The main thing is proving to myself first, and others that come from where I come from, that it is possible," says Kenny. "You don't have to go out to L.A. or all these places to 'do the dream,' to make it work like that. It's difficult for me, but also it's supposed to be a challenge. Secondly, I just feel like there's an energy here where I'm at right now, and specifically the midwest, with the music I'm making -- it attributes a lot to this kind of music and this way of life."

Following the success of his first EP, Kenny did in fact travel west to work with blink-182 drummer Travis Barker on "ESTELLA//" -- which started as a vocal hook in Kenny's head. "When I came to L.A., I just recorded my a cappella with no instruments or anything, and then we built it around the hook of it."

Considered to be at the top of his class of new, "true Alternative" artists to hit the airwaves in the last few years -- many of whom have tapped Barker for drumming duties themselves -- there's a unique sense of raw emotion from the pair with their single which Kenny believes stems from a shared love of the music being made. "I think it all came together because they all come from that... I feel like everything was authentic in the room. From the drummer to the guitarist, to the engineer... everything was just real and I feel like it came out real. That's something that I try to go with when I make music. When you're just being you, putting it all out there, it'll become contagious. It's been fire," says Kenny, "because we've been working on more stuff and I've been like, 'wow he's going crazy on these drums!' He's been like, hitting differently or something on the stuff we've been making!"

One of those new tracks is likely a song with Alt singer Phem that she recently teased to Kevan as a serious emotional journey. "Yeah, she started crying," Kenny remembers. "Honestly, I was just super anxious, I was probably depressed, going through something mentally. I think it takes a lot out of me whenever I record because I do -- it sounds so corny and cliché -- but I do put myself out there and my heart on the track. So, it's not something I necessarily feel good after because it's a lot of self-confronting. Not that I'm a bad person or anything, it's just a lot of energy comes out of you when you're being honest, and maybe also because of my mental illness. A lot of times after I record I hate myself, or I feel horrible or overwhelmed by all of my emotions."

Breaking out last year with the title track from his first EP, two years after he began considering music as a career, he finds difficulty at times living up to any expectations others may have. "I beat myself up so much in the studio," Kenny admits. "I'm trying to get better... I'm still trying to be what people see in me that I don't think I am yet."

Listening to his lyrics there's seemingly a preoccupation with death, the end, the unknown -- it's something Kenny is well aware of and finds some solace in. "That's what's kind of like fun to me," he says. "I've been trying to outlive my life... I'm just trying to do as much as I can. I just see it as the only way I can't die, or at least be at peace when I am gone, is to live forever. I think that just comes with being yourself. Whether you're a good person or a bad person, I think everyone should be themselves because then we know where everything and everyone stands. Then we can find a way to move forward from that."

Kenny holds a constant flame for never "adding to the noise" and bringing his best effort to whatever project he's on. An ethos that, "if anything," Kenny says, "I know that I'm being real and I'm being a lot more authentic than these other artists. If that can spark some more good music after me, then I'm OK with that... Even if my music isn't amazing I just hope that my energy will bring something after me that's super-beautiful and keeps pushing the barrier of authenticity. The certain language of music and heart that I'm speaking, that I feel like not a lot of people understand." 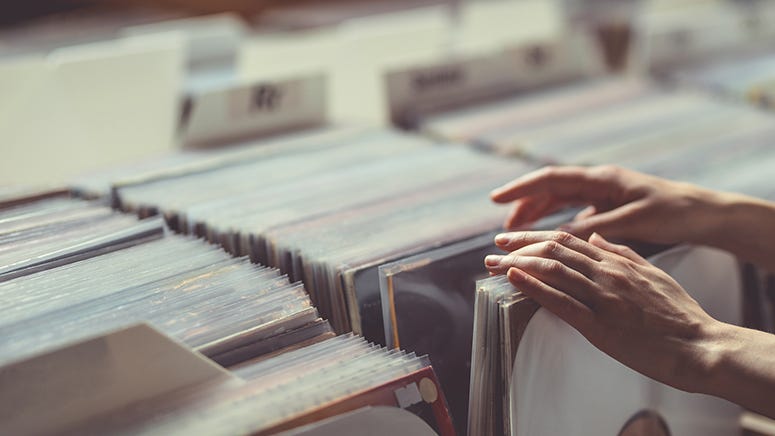 Watch Kevan Kenney's full interview with KennyHoopla above, PLUS stay tuned for more exclusive conversations with your favorite artists right here on RADIO.COM.