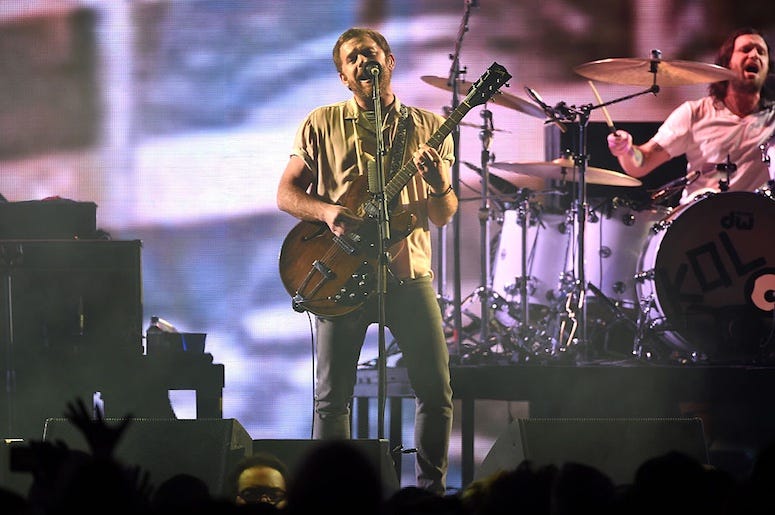 Kings of Leon have kicked off the new year with a bang as 2021 looks like it may be the year fans get that long-awaited new album.

The band shared teaser clips of four brand new songs called “Must Catch the Bandit,” “Feel the Way You Do,” “Dancing in Your Head,” and “Spin It Like We Can.”

Both “Must Catch the Bandit'' and “Feel The Way You Do” clips were accompanied by text that read “Jan 7. 11ct,” implying that the full-length versions will be released this Thursday.

The two other tracks, “Dancing in Your Head” and “Spin It Like We Can,” didn’t have any accompanying information about a release date.

While there’s been no official confirmation from the band, Kings of Leon looks to be preparing for some type of release as they shared these four songs. Giving in even further to speculation about the new album is the fact the band’s Twitter bio simply reads “The W8 is nearly over.”

A new album would represent the first from the band since 2016’s Walls. Back in April, the group shared their first new song since that 2016 album when they dropped “Going Nowhere.”

The timely song was accompanied by an appropriate music video of frontman Caleb Followill perched atop the side of a sofa strumming his guitar and singing in an empty room.