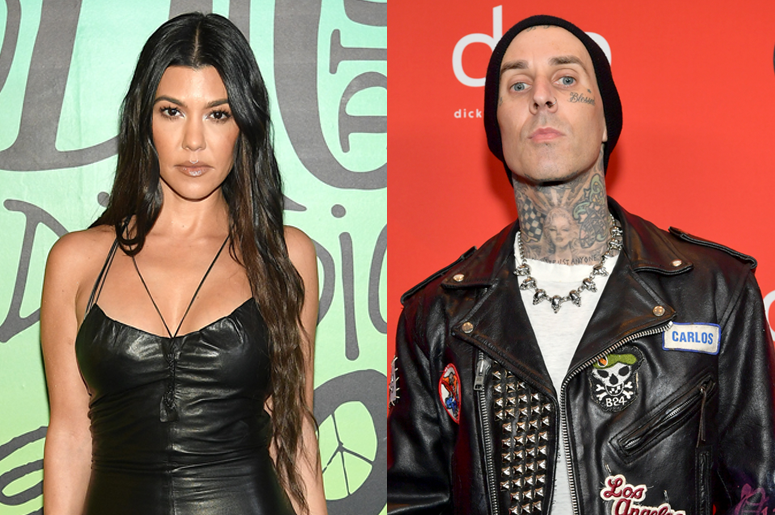 So if you’ve been keeping up then you should already know that Kourtney Kardashian and Travis Barker are now what you call Instagram official.

Yup, the eldest Kardashian sis let the world know that she was in fact dating the Blink-182 drummer by posting a picture of her manicured and his tattooed hands intertwined. Yes that’s all it took, seriously she didn’t even add a caption.

While some might find the paring a bit weird and random, we’re here to tell you their recent union is actually a result of a nearly a decade of friendship, and we’ll gladly break it down into four phases.

It appears the two had crossed paths as early as 2006, when Travis met Kim who at the time acted as Paris Hilton’s assistant while Travis was dating the heiress. A few years later Barker noted that when asked, he gave Kim and her fam “the best advice I could,” about teaming up with Ryan Seacrest for a reality show, seeing as he starred in one himself, Meet The Barkers in 2005. We call this Phase 1.

Clearly Kim headed his advice, however his kinship with Kourtney didn’t take place until much later when he moved to the same Calabasas gated community as her. As for the exact date for when that occurred, unlike their blatant relationship confirming post, we’re getting mixed signals. Let’s just say it was somewhere between 2008 and 2017. Whatever the actual date, we call this Phase 2.

What we do know for sure is that the pair live on the same block and immediately began spending time together, having private dinners at each other's houses, initially bonding over their kids who have since become good friends, and possibly the demise of both of their long-term children-producing previous relationships: Kourtney’s with baby daddy Scott Disick and Travis with ex-wife Shanna Moakler, eventually leading to a friendship of their own.

Travis and his daughter Alabama even opened up about their new found friendship with America’s royal family during a 2017 interview with Entertainment Tonight. "The other night, I had dinner with all of [the Kardashians] and they were really sweet," Alabama said. "I told her she had a power dinner," Travis added. "I told her that was a really cool dinner to be a part of.”

Through the following years, Travis and Kourtney have been spotted out and about at dinners out, church services and local vacations. Trav has even made a couple of appearances on Keeping Up, making his debut on a 2017 episode about Scott’s relapse during a trip to Dubai and his second appearance on KUWTK less than a year later, during a holiday special where he and his kids made gingerbread houses with Kourtney and hers. We call this Phase 3.

Other than being devoted parents, both Travis and Kourtney have made careers out of their passions. Travis as a drummer of course, first with Blink and now mentoring the likes of Machine Gun Kelly and Trippie Redd. And Kourtney pedaling matcha lattes and a Poosh way of life (if you know, you know).

While Travis has been married twice in his life, Kourt has been married none.
After both their long-term relationships failed, during what we call their “friendship years,” they’d each had other relationship attempts, that seeing as they are now together, obviously didn’t work out. Kourtney up until now seemed to be doing the cougar thing, and has randomly linked but never confirmed to family friend Luka Sabbat for years. As well as dated French model Younes Bendjima officially from 2017-2018 and unofficially thought to have been reconciled in 2019. As for Travis, besides admittedly dating Paris Hilton around 2015, which we already told you about, we actually have no idea, honestly we haven’t really kept up.

Which leads us to 2021, when as it seems that over decade of friendship and a lot in common, have led to things between Kourtney and Travis to take a romantic turn, also known as Phase 4. Fingers crossed or should we say hands entwined these two have finally found the one, because we’re actually really digging this match up.

WATCH MORE: How the Kardashians Use Their Fame to Give Back in Big Ways