The iconic sweater worn by Kurt Cobain during Nirvana’s MTV Unplugged performance sold for $334,000 at auction – a record.

Julian’s Auctions says the price exceeded expectations and became the most expensive sweater ever sold at an auction.

The olive sweater is a Manhattan-brand cardigan, size medium, with one button missing. It has a burn hole and discoloration near the left pocket, and according to Rolling Stone, it hasn’t been washed since Cobain last wore it.

SOLD for $334,000! A vintage cardigan sweater worn by Kurt Cobain during Nirvana's MTV Unplugged performance in 1993.

Nirvana’s MTV Unplugged in New York was recorded in November, 1993 and aired a month later, but it wasn’t released on record until November, 1994 – seven months after Cobain’s death. The performance is remembered for its eerie funeral-like atmosphere and unconventional setlist that included several covers. 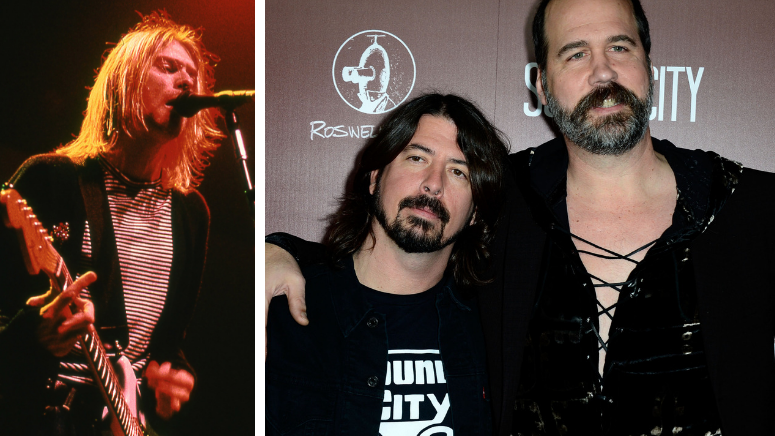 7 Nirvana Deep Cuts You Have to Hear

Cobain’s custom turquoise Fender Mustang guitar sold at the same auction over the weekend for $340,000. He used it on Nirvana’s In Utero tour. Julian’s says Courtney Love sent the guitar to a fan three months after his death.