We're not 100% sure how this one slipped past MGK, but let's just go with it.

Colton Baker, best known to the world as Machine Gun Kelly, just found himself quite surprised upon finding out the hidden meaning (it's not hidden) behind the classic 2001 Blink-182 album title, Take off Your Pants and Jacket.

“19 yrs later and Machine Gun Kelly just figured out what Take Off Your Pants And Jacket meant,” drummer Travis Barker posted on Twitter along with a crying laughing emoji. MGK replied, "Do I have to leave the venue when you guys play those songs now?"

Obviously a late-night conversation about the band between the two musicians took place, and we can just picture Travis' reaction when MGK told him he thought it was just a phrase they used to denote getting comfortable. Well, I guess it it is.

This isn't the first time the pair have debated Blink. MGK and Travis spoke about the proper way to say the band's name with James Corden back in May, ultimately leaving it up to the fans to decide. 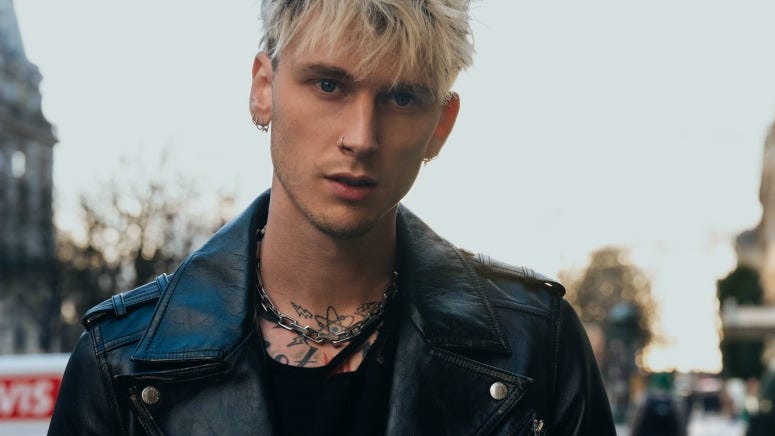 The latest good-natured fun between the San Diego band and one of their biggest fans comes following the tragic news of the death of Kelly's father last week. MGK was met with an outpouring of support and love from fans and friends, including Travis, who commented, "Send all the love in the world to you right now brother."