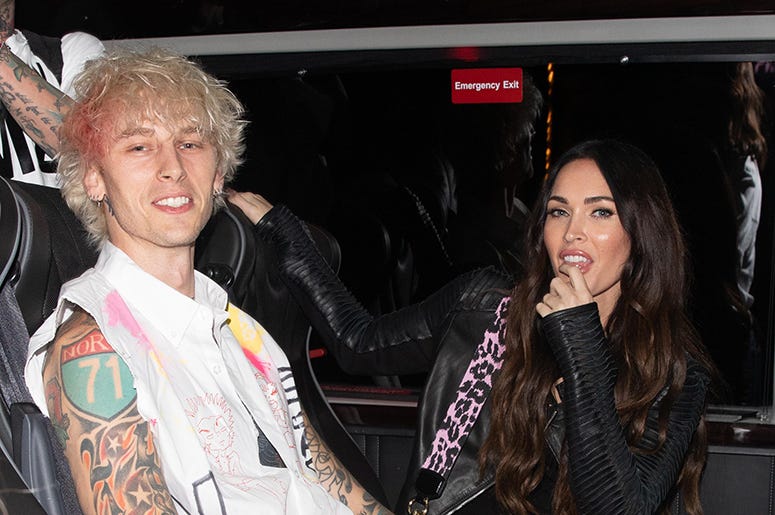 In case you were wondering, pop punk prodigy Machine Gun Kelly, real name Colton Baker, and actor Megan Fox﻿ are still desperately infatuated with each other since beginning their whirlwind romance in the summer of 2020.

MGK and Fox shared just how deep their love goes over the Valentine's Day weekend with separate but equal tributes on their social media channels.

"I wear your blood around my neck," Kelly captioned a series of photos with Fox along with knife and blood emojis. One of the snaps was of a round pendant that had a red smudge on it, likely the bloody valentine he was referring to.

Fox also shared some photo and video memories on her own channel showing the pair smooching, playing around at home, and, most notably, a clip of Kelly walking around while Fox adorably rides along on his feet.

"There goes my heart manifest outside of my body draped in the towering silhouette of a most unusually handsome boy," she poetically captioned the post on Instagram. Fox then listed some of the things that draw her to his flame: "Magical and haunted, kinetic and tortured, ethereal and dangerous, cosmic, lawless, eternal, creative genius."

Fox ended the post by saying, "the journey will likely be perilous but there is no destination without him... happy valentine’s day rehab barbie." 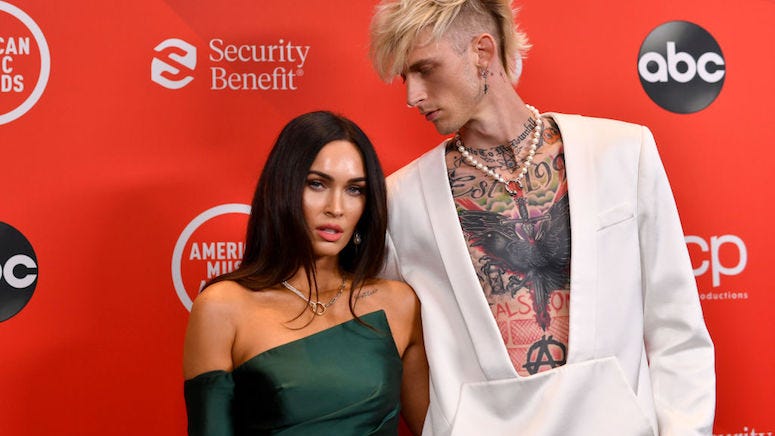 At the end of January, as MGK was preparing for his appearance on Saturday Night Live, Kelly and Fox got the engagement rumor mill going after Megan was spotted with a giant ring on her finger. So far, no official announcement has been made.

MGK's latest release, his musical film Downfalls High, soundtracked by the singer's highly-acclaimed 2020 album Tickets To My Downfall and by Kelly and blink-182 drummer Travis Barker, is out now.