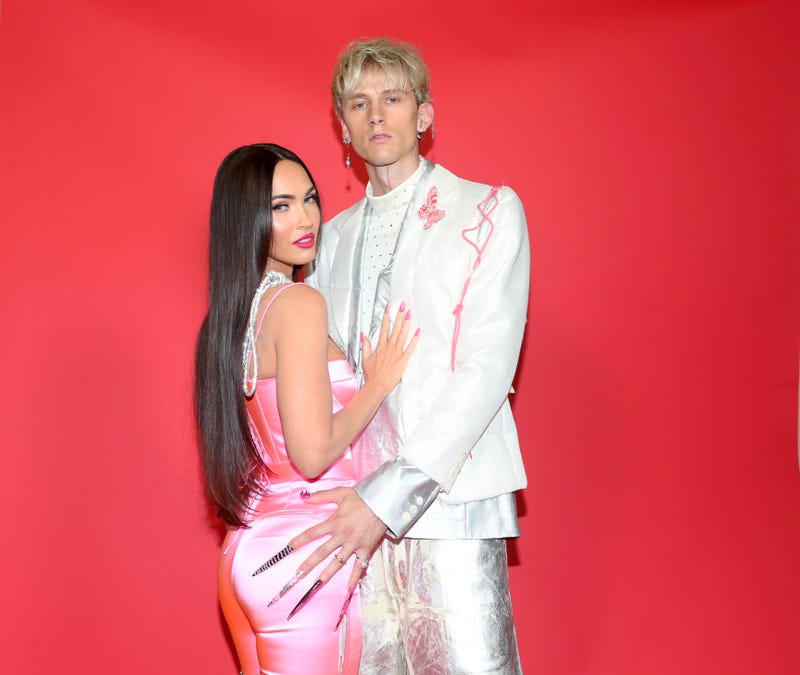 During a conversation with InStyle, Megan Fox, was straightforward when she called out critics who have gawked at the age difference between her and Pop-punk boyfriend, Machine Gun Kelly.

Fox and MGK have been dating for about a year and only share a four-year age difference, yet the 35-year-old actress has faced backlash for dating the 31-year-old rocker. During her interview, Fox noted, “You want to talk about patriarchy? The fact that he’s four years younger than me, and people want to act like I’m dating a younger man. He’s 31 and I’m 35.”

The Jennifer’s Body star added, “Granted, he’s lived like he’s 19 his whole life, but he isn’t 19. No one would blink twice if George Clooney was dating someone four years younger.”

Btw, there is a 17-year age difference between Clooney and his wife, Amal, Clooney being older.

When Megan met her ex, Brian Austin Green, Green was 30 and Fox was 18.

“Four years? Go f**k yourself. We would have been in high school together,” points out Fox. She continued, “That’s so ridiculous that women are treated that way.” What does Megan Fox call Machine Gun Kelly? Here's just a few of their nicknames

Megan explained that as a mother she continues to receive “so much judgment.” Many times while she is on red carpets or riding MGK’s motorcycle, Fox says she is asked where her kids are. She explains, “You don’t expect a dad to be with the kids all the time, but I’m supposed to not be seen and be at home with my kids. They have another parent.”

Fox concluded, “I have to leave and sometimes I don’t want them photographed and they don’t come with me. This whole year I’ve been very surprised by how archaic some of the mindsets still are in some people.”