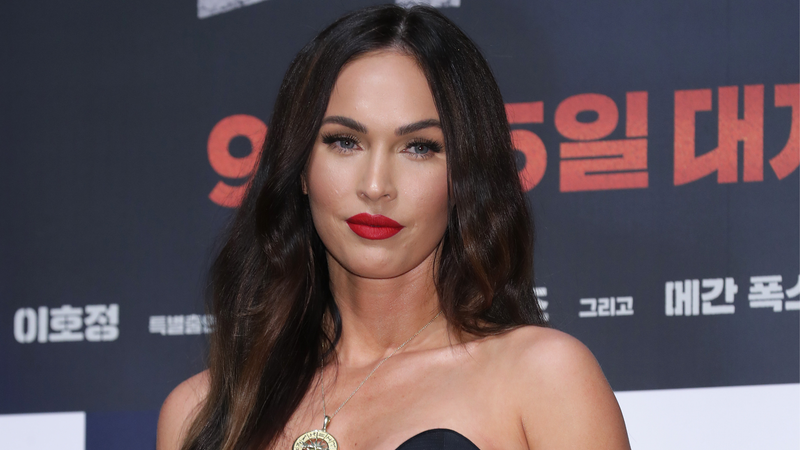 Despite loving her career, it’s the fame part of Megan Fox’s job that she’s not the biggest fan of, and as always she isn’t afraid to let it be known.

Taking a trip down fashion memory lane, Megan talked through a timeline of looks from throughout her career during a recent video interview with Who What Wear. Reflecting on how she had been feeling at each stage, Fox detailed her current thoughts about each look, and got real about her relationship with fame and fashion, confessing that she battled with “psychological demons” throughout the early stages of her acting career.

Dubbed Would You Wear It Now?, the segment was filled with pre-stylist era and IDGAF era picks. Deeming most of choices presented to her as “not a good look,” Megan also opened up about how she was forced to dress “less sexy” early in her career, which she was told would help her be taken “more seriously” in the industry.

In response to an early 2000s snap taken at “some weird LA fashion show” she’d been invited to, Megan confessed, “I didn’t care, this was in the era of me not giving a single f*** I was famous, and like not happy about it.” Calling the look “a mom at brunch” that doesn’t know how to dress vibes, Megan admitted, that at that particular moment in time she was “battling my own demons psychologically, I wasn’t really worried about fashion at the moment.”

Next, Megan opened up about the controlling nature of the industry, revealing more about the early phase of her career. Talking in particular about her look for the Juno red carpet.

“I was going to meet Diablo (Cody) because we were in the process of talking about Jennifer’s Body and to see if I was right for it and like how we vibed with each other. And it was a big deal,” she said, adding air quotes around “big deal.” “So everyone wanted me to look a certain way. Everyone wanted me to look like a movie star, so that I could land this role, and I had a real problem with authority when I was young. I resent people trying to tell me how to look, or act, or speak.” Instead of wearing a “beautiful kind of dress,” she attended the premiere in a vintage Mötley Crüe shirt and “some weird-a** belt from Kitson.”

Nearing the end of the video, Megan spoke about the women usually dressing a certain way on the red carpet as well as street wear as usually more conservative, for whatever reason, praising her current stylist for breaking that mold.

“I like Maeve because she’s not that way,” Fox said about her current stylist, Maeve Reilly. “She’s more forward-thinking in the pieces that she chooses… She has a really good eye, and I like the fact that she’s not afraid. She’s not trying to hide me. People were trying to hide me and make me less sexy so that I could be taken more seriously. And I was like, ‘I don’t give a f*** about that. I just want the look to be right.’”

Well mission accomplished, because these days Megan’s been looking a whole lot better than just “right.”

Check out Megan’s entire interview above, and a few more of her recent hot and very sexy looks below.