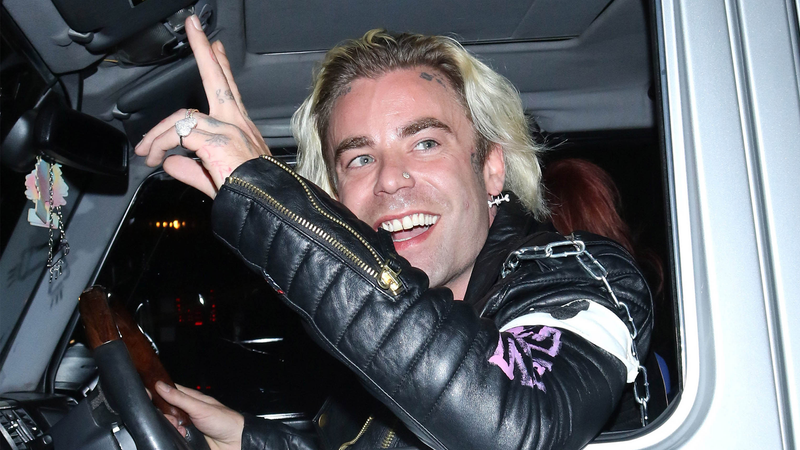 This week on Emo Nite, Mod Sun called in to talk about his long anticipated album Internet Killed the Rockstar, and his emo roots. You know him as Machine Gun Kelly’s partner in crime, or Avril Lavigne’s new boo. But Mod Sun stands alone and here is why.

Seeing as it was Emo Nite, show host Morgan Freed had to bring up Mod’s time drumming for the band Scary Kids Scaring Kids, “during that prime era.” Just one of the many factors of his career that scream punk and pop punk.

With the recent resurgence of the genre, Mod feels right at home, saying “it’s amazing to see, because I was like one of the kids that was like saved by the scene… I went to all the shows, I was at Fall Out Boy’s first show they ever played outside of Chicago.” Mod went on to note, “I spent the whole first era of my life in that scene.” Happily exclaiming, “for the words pop-punk to be said every day in music articles now is crazy to me.”

As a self proclaimed “true purest” of the genre, Mod finds it fascinating what is now getting labeled under the pop-punk umbrella, not viewing himself as a gatekeeper by any means. Mod went on to say, “I think that's the coolest part about Emo Nite, about emo, about the scene, about it all… is that it’s kind of always been a kind of us against the world mentality.”

Morgan agreed, and added that he believes it to truly be “one of the most accepting scenes in the entire world.” Admitting that to be the reason he “got into it.” Repeating Mod’s previous point, “no gatekeeping, no anything, you can like what you like… you can look different, you can feel different… and it was so accepting to me.”

Swerving the conversation to Mod’s recently released album, Mod expressed, “the biggest driving force behind 'Internet Killed the Rockstar' was finally me playing drums on a Mod Sun album,” which he previously had never done.

For whatever reason he spent the first 10 years of his career, producing and churning out tracks. However it wasn’t until he got into the studio with producer John Feldman, who urged him to do so, that he finally gained the confidence to do so. Mod also shared that his recent inspirations are faith driven, often answering Feldman’s question of “so what are we gonna do?” with “I have no idea, I’m gonna let God talk.” Confessing, “and that’s how we went into this whole album.”

Mod described the process of making the album as “the most natural,” for him “because I was doing things that I’ve been doing since I was 16, and I was doing things that I’ve been hearing my whole life.” Dubbing himself, “a sucker for melody,” Mod declared, “I had all these melodies in me this whole time, it jumped out at me, it was really the most effortless album I’ve ever had to make.” Don’t get it twisted though, making sure to assert that it was still a lot of work, Mod’s point was that because “it was natural, I didn’t have to force this sound, and that’s why it’s special.”

Listen to Mod Sun’s entire interview above, and check out Emo Nite every Sunday night on your favorite Audacy Alternative station