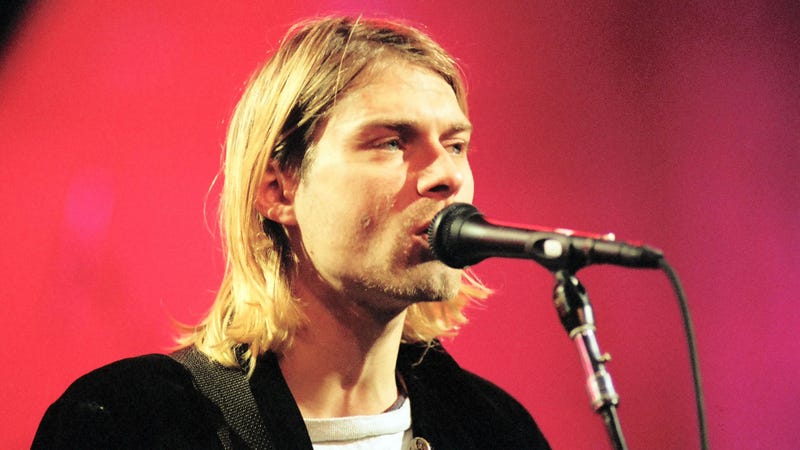 30 years after being featured as a naked child on the cover of Nirvana's iconic 1991 Nevermind album cover, -- and following a number of recreations he's made in celebration and receiving a "Nevermind" tattoo across his chest, Spencer Elden is now suing the band claiming exploitation and lifelong damage as a result.

The famous artwork, a digitally edited photo taken by photographer Kirk Weddle, shows a then four-month-old Elden in a swimming pool chasing a dollar bill on a fish hook, edited in after the shoot. At the time, Elden's father Rick was paid $200 to bring Spencer to a photoshoot, which would eventually end up producing the seminal image. Elden is now seeking at least $150,000 in restitution.

According to TMZ, a federal lawsuit has been filed by Elden claiming consent to his image being used was never given by himself, obviously, nor his legal guardians. Furthermore, Elden, who has recreated the image numerous times in the past, now says the photo in question is actually child pornography, claiming a promise to cover his genitals with a sticker was never fulfilled.
Documents suggest the late frontman Kurt Cobain, drummer Dave Grohl, and bassist Krist Novoselic failed to protect and prevent his sexual exploitation, causing lifelong damages as a result.

Nirvana and Kurt Cobain's estate are being sued by the baby from their famous "Nevermind" album cover. https://t.co/9M4sQGWHP3

Spencer's latest recreation was featured in the New York Post in 2016 upon the record's 25th anniversary, where he told the outlet, "The anniversary means something to me. It's strange that I did this for five minutes when I was 4 months old and it became this really iconic image. It's cool but weird to be part of something so important that I don't even remember."

This year marks the 30th anniversary of the arrival of Nirvana's second studio release, Nevermind, which took the band from relative obscurity into overnight stardom following its release. Here's Metallica's Kirk Hammett with his thoughts on the impact his band had on the rise of the Seattle Grunge scene.