Last we caught up with the enigmatic Oliver Tree﻿, the singer was taking his quarantining VERY seriously, and basically refused to answer any of our questions during our chat. That's just how he rolls, deal. 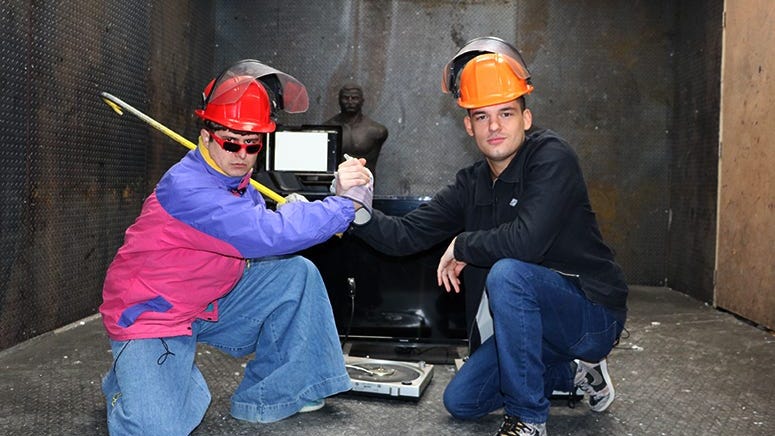 For the past five years, Oliver, Mr. Tree if you're nasty, has been hard at work on his debut album, but its official release has constantly eluded him. Now, UGLY IS BEAUTIFUL is finally here!

MY DEBUT ALBUM “UGLY IS BEAUTIFUL” IS OUT NOW! I WORKED ON IT FOR 5 YEARS AND NOW FINALLY I SHARE MY MAGNUM OPUS! LISTEN TO IT IN ORDER TO HEAR THE FULL STORY

His YouTube channel is now stocked with new lyric and actual music videos from the album that he's released over the years, and you can now stream and purchase this pristine collection of his life's work. Oliver's website is also offering up album bundles featuring cassettes, hats, beer pong kits, foam middle fingers and so much more!

PLUS -- Don't miss Oliver as he attempts to break the Guinness World Record for riding the biggest scooter TODAY at 12PM ET / 9AM PT!

It's gonna be a beautiful nightmare -- and we seriously can't wait.