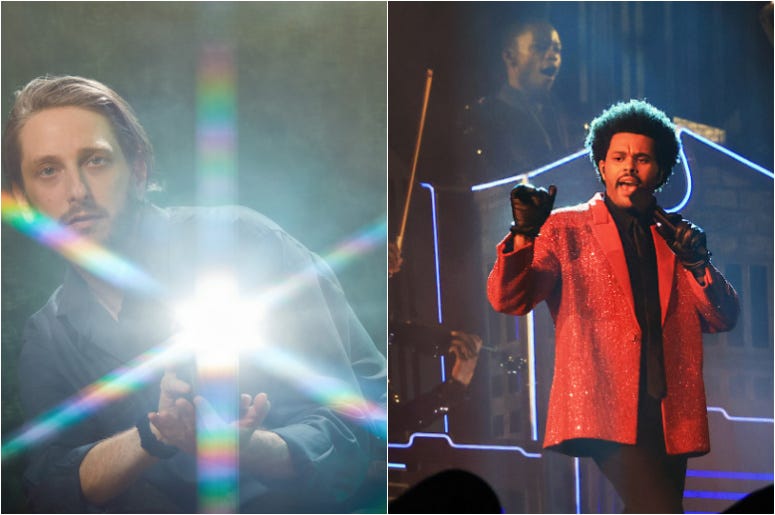 In 2020, as the COVID-19 pandemic began informing all of our decisions and the dramatic in-flux state of lockdowns seemed to be the overarching theme in all of our lives, Daniel Lopatin AKA Oneohtrix Point Never didn’t think he’d be putting together an album or releasing new music. But as March 2020 turned into 11 months of a “contemplative state,” OPN chose to record and release Magic Oneohtrix Point Never.

While in conversation with RADIO.COM’s Bryce Segall on New Arrivals, the artist explains, “Yeah I thought, ‘okay, let’s do a self-titled record ten years in, bring back the original name, and explore the themes of the radio that were kind of contained in the band name itself.”

OPN, who is a frequent collaborator of Abel Tesfaye’s, says that he wanted his newest record to feel like the “internal dialogue” that we often only experience when turning on the radio and surfing through frequencies.

The Weeknd appears on Lopatin’s track “No Nightmares” and served as the album’s co-executive producer as a favor to OPN, who was involved in the production of The Weeknd’s now famed 2020 release, After Hours. The collaborative duo performed together on SNL back in March of 2020.

Since The Weeknd’s explosive performance at the 2021 Super Bowl, Lopatin’s label, Warp Records, tweeted well-deserved congratulations at OPN, revealing that the Brooklyn-based artist was in fact the musical director for the highly anticipated halftime show. Alongside an image of OPN and The Weeknd backstage at the Super Bowl, Warp records tweets, “Congrats @0PN musical director of @theweeknd’s halftime show #Superbowl”

“The Whether Channel” creator feels that art “should be an exercise in understanding your own desire,” and The Weeknd’s creative outlook fit directly into Lopatin’s feelings towards making music.

OPN says, “everything just kind of was rolling together for a couple of years for us like we have a whole bunch of music in the pipeline, we worked on After Hours, I was sharing my music, we were having discussions all the time. We would get into heated debates about sort of, you know, what constitutes like an interesting song and good production or whatever.” 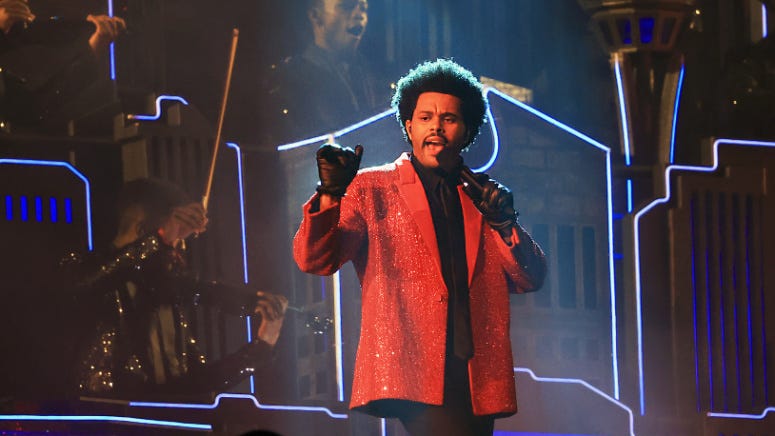 The Weeknd lights up the Super Bowl LV Halftime Show

He continues, “it occurred to me that I was having these conversations so frequently with him, that we were really artistically invested in one another, and when he offered to co-exec I said, ‘sure, like how could you not!?’”

The producer jokingly admits, “I’m tantalized by the idea of mischievously getting the legions of The Weeknd’s fans to listen to my bizarre machinations. The name ‘Oneohtrix Point Never' literally has the trickster embedded in it.”

Having mentioned that he and The Weeknd have a “ton of music in the pipeline” together the artist hints that the two may eventually release a project together, simply saying “something will emerge soon.”

Finally, OPN touches upon his experience opening for Soundgarden during the band’s 20th-anniversary tour and the unexpected relationships he cultivated from attempting to “subvert” the expected. “I was actually opening for Soundgarden. So, let’s be clear it wasn’t just all Nine Inch Nails fans that are super open-minded about electronic music… and have this way of kind of understanding Trent’s taste…this was mostly people that were showing up for Soundgarden twenty minutes before the set. So it was a challenge.” He adds, “I remember Chris (Cornell) was unbelievably sweet and incredible, I was so devastated when I had heard about Chris’ passing because had been a really really nice ambassador of goodwill on that tour.”

Typically, OPN would be on tour with his new music at the moment, but with live shows still not accessible, the artist is working on a mini-documentary and focusing on taking a break from writing since he just released Magic OPN. While he says he is still “hibernating” now, once the spring comes the artist hopes to “hit the ground running” on some new projects he has in mind.

WATCH MORE: Demystifying The Weeknd: Here's what to know about the hitmaker