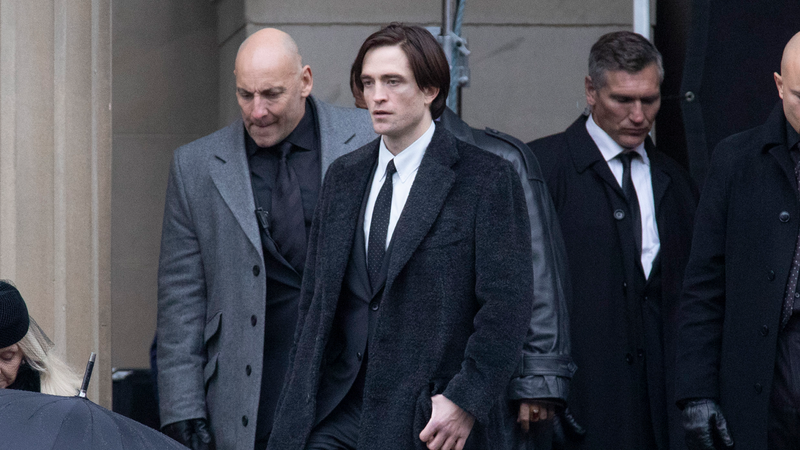 During a chat with Empire Magazine, The Batman director Matt Reeves explained that Robert Pattinson’s version of the superhero won’t be like the other “playboy” Batmans we’ve already seen. His inspiration — was Nirvana’s Kurt Cobain. And honestly, that kinda checks. Because who nails angst like R-Patz? Don’t worry, we’ll wait.

Let these movie soundtracks, soundtrack your life. Listen to See You at the Movies now on Audacy

“When I write, I listen to music, and as I was writing the first act, I put on Nirvana’s ‘Something In The Way,'” Reeves told the publication. “That’s when it came to me that, rather than make Bruce Wayne the playboy version we’ve seen before, there’s another version who had gone through a great tragedy and become a recluse.”

Inspired by ’90s grunge god, Reeves adaptation of Bruce Wayne would see similarities, but also clear differences from Christian Bale’s refined and raspy rendition. As well as Ben Affleck’s brooding portrayal, or even the quippier Caped Crusaders of the past.

“I started making this connection to Gus Van Sant’s ‘Last Days,’ and the idea of this fictionalized version of Kurt Cobain being in this kind of decaying manor,” the filmmaker said. And once it was time to film, Reeves had zero issues connecting Pattison to the role. Knowing he was the right man for the role after seeing him in the ﻿Safdie Brothers 2017 crime thriller Good Time.

“In that movie, you could really feel his vulnerability and desperation, but you could also feel his power. I thought that was a great mix,” said Reeves. “He’s also got that Kurt Cobain thing, where he looks like a rock star, but you also feel like he could be a recluse.” — No argument here.

While Batman has come to be known as a suave socialite and high-tech gearhead in previous iterations, Pattinson promises his version is a misanthropic, alienated genius who lives as gritty as he looks. Describing his Bruce Wayne as a shut-in who tinkers by day and brawls in his batsuit by night.

“Bruce has been hiding away,” the actor said. “He’s not really a socialite at all. He’s building all these little contraptions and things, just with Alfred. And even Alfred thinks he’s gone insane!”

Get Your tickets to "The Batman" here.

He continued, “He’s been out every single night for two years, getting beaten up and shot and stabbed and burnt, and it shows. There’s a bullet graze on the cowl, right at the beginning. I don’t think that’s been done before.”

In the film, Pattinson will star opposite Zoë Kravitz as Catwoman, Colin Farrell as The Penguin and Paul Dano as The Riddler.

With it’s original theatrical release slated for June 2021, it’s now been more than two years since The Batman was announced. And after many filming delays due to COVID-19 restrictions, the film is finally scheduled to be released in theaters on March 4, 2022.

Check out The Batman trailer below and the entire Empire interview here.