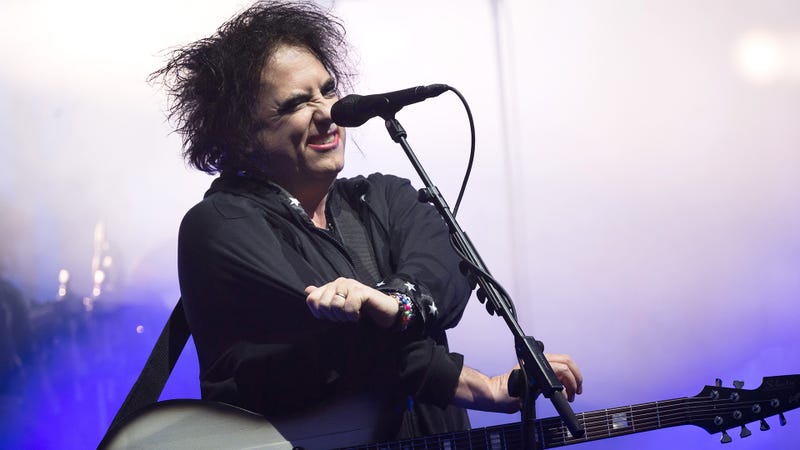 Fans of The Cure better invest in some tissues... the end is nigh, my friends. Singer and primary songwriter Robert Smith, whose career spans an incredible 43 years with the band after getting started in Crawley, West Sussex in 1978, says the next release -- or releases (wink, wink!) will be their last.

Grilled for details on the long-awaited new album from the beloved band, Smith admits "the new Cure stuff is very emotional… It’s 10 years of life distilled into a couple of hours of intense stuff.” The Cure frontman went on to explain, "I can’t think we’ll ever do anything else. I definitely can’t do this again.”

The admission comes in a new interview with the U.K.'s The Sunday Times where Smith was also speaking about his latest collaboration with CHVRCHES alongside singer Lauren Mayberry. Of course, that's pretty much always been the story with The Cure. In 2019 Smith told NME that he thinks "every album we do is the last Cure album. It may well be, but if there’s another bunch of good songs then there’s no reason not to..."

Last week Smith gave further details about his own upcoming solo work and the band's latest efforts telling Zane Lowe on Apple Music 1, "probably in about six weeks time I'll be able to say when everything's coming out and what we're doing next year and everything." Smith explained there were actually TWO albums in the works; "One of them's very, very doom and gloom and the other one isn't. And they're both very close to being done. I just have to decide who's going to mix them. That's really all I've got left to do."