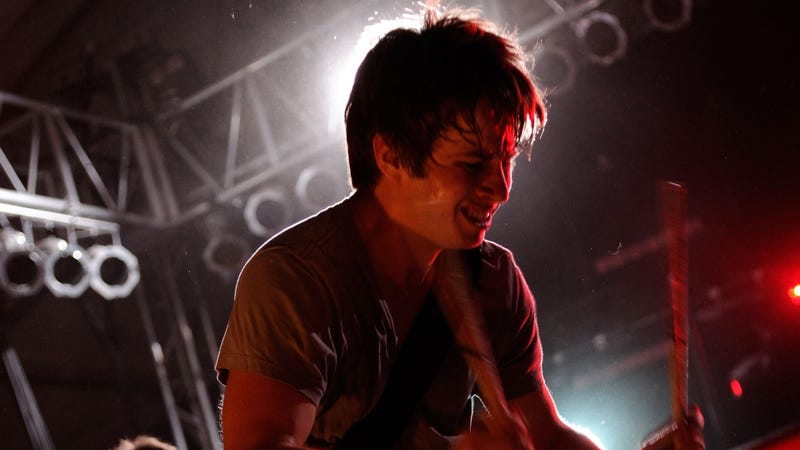 It's officially ten years since the release of Foster The People's debut album, Torches, which dropped on May 23, 2011, capitalizing on the success of the band's hugely popular introductory single, "Pumped Up Kicks."

A little back story: Not too long after the group formed in 2009 with frontman and principal songwriter Mark Foster, drummer Mark Pontius, and producer Zach "Reazon" Heiligman the trio added bassist Cubbie Fink to round out their sound as Foster & The People. After some shows where those in attendance misheard the name as "Foster The People," Foster took a liking to the compassionate nature of the play on words and chose to keep it. In early 2010 Foster wrote, recorded, and posted the band's breakthrough hit "Pumped Up Kicks" as a free download on his website -- and after seeing viral success, the rest is history. In May 2010, the band was signed to Columbia Records imprint Startime International for a multi-album deal.

For the next few months, the group got to work on new material for their debut album, with producers Paul Epworth, Rich Costey, and Greg Kurstin at the helm along with Mark Foster. In September of 2010, "Pumped Up Kicks" was released to a much wider audience as the group's first radio single.

As "Pumped Up Kicks" went on to receive airplay across Modern Rock, Alternative, and Top 40 playlists, it became one of 2011's most popular songs following the release of Torches in May of that year. Four more singles were offered from the album; "Helena Beat," "Call It What You Want," "Don't Stop (Color on the Walls)," and "Houdini" with another five on the record showcasing the group's dance-heavy, pop sensibility perfectly mixed with thoughtful lyrics and impeccable songwriting skills.

Debuting at number eight on the US Billboard 200 chart, the album sold 33,000 copies in its first week and certified double-Platinum in the U.S. in 2014, Torches was nominated for a GRAMMY in 2012 for Best Alternative Music Album alongside the year's winner Bon Iver, as well as Death Cab for Cutie, My Morning Jacket, and Radiohead. "Pumped Up Kicks" was also nominated in 2012 for the Best Pop Duo/Group Performance GRAMMY. Other high acclaim came that year from Billboard, NME, MTV, MuchMusic, Fox's Teen Choice Awards, and more. 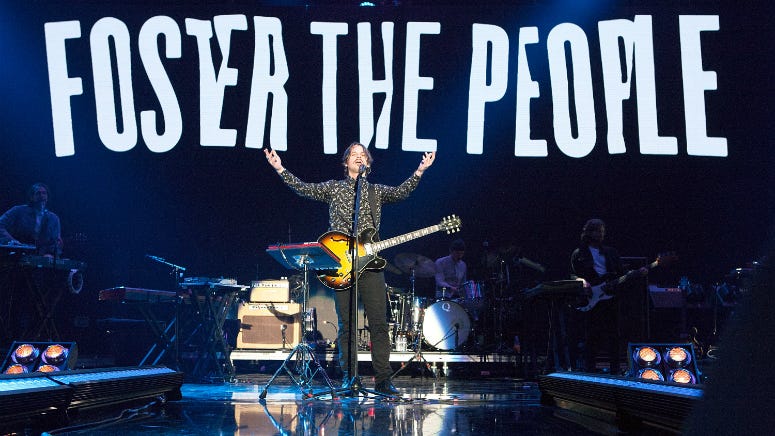 Foster the People May Retire 'Pumped Up Kicks'

At the end of 2019, Foster told Billboard that he was considering taking the band's biggest hit out of their live repertoire saying he believes the song has run its course. Still worried about the reaction the removal may receive at live shows, he understands how the track's lyrics have come to remind listeners of a school shooter, “a trigger of something painful... And that's not why I make music,” he explained. “At some point, I do make music to bring awareness to something, but I make music to connect with people, and I feel like the awareness that that song brought and the conversation that that song brought, that’s been fulfilled.”

There's certainly more to come from Foster and company with a number of collaborations and a list of wishes for more in the future, awesome cover songs, and two more full-length releases -- 2014's Supermodel and 2017's Sacred Hearts Club -- that followed Torches to hold fans over. As of right now, The People anxiously await the band's next chapter. He's coming for you, yeah, he's coming for you...