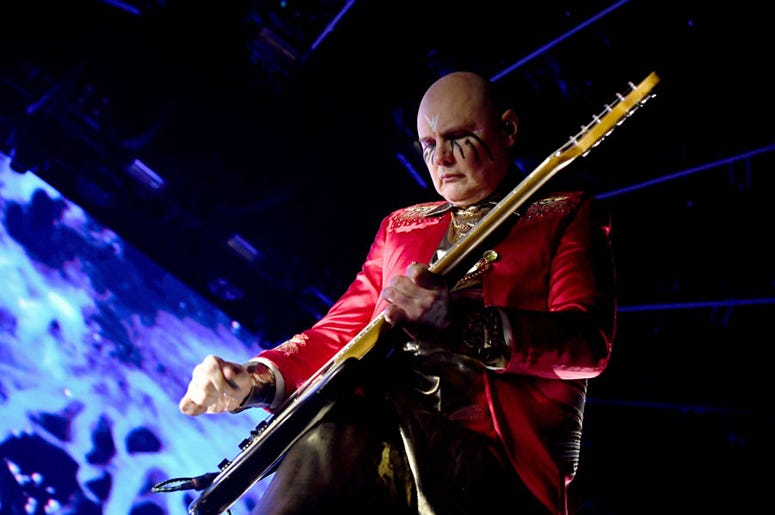 William Patrick Corgan, (better known as Billy or @Billy on his long-abandoned Twitter account) of The Smashing Pumpkins detailed his laundry list of current projects and what he thinks of boy bands with host Bryce Segall this week during RADIO.COM's New Arrivals show.

Bryce, whose 15-year-old self was vibrating with excitement to talk to a true Alternative rock legend, got right into some contentious topics. Although he’s perhaps not the most famous Billy in the music world anymore (that title arguably belongs to singer Billie Eilish), Corgan says he plans to continue to claim his “wide dominion.” Billy did offer up an olive branch, however: “But God bless, she’s doing great.”

Keeping in a pop music mindset, Bryce wondered what the 53-year-old rocker thinks his 2000s-era self would say regarding a boy band sampling his music, á la the latest from pop group Why Don’t We, which borrows the hook from his Pumpkins classic “1979.” To start, Corgan explained a joke he made back at the beginning of the millennium when he said he was tired of competing with pop acts and decided to call the band quits. Fast-forward to today, that joke has come full circle with the inclusion of the sample on the track “Slow Down,” a usage he sees more as paying homage.

Billy says the statement he made 21 years ago “spun out of control and it turned into a quote that I was breaking up the band because of Britney Spears. It’s such an absurd thing to say… but in this world that we live in now which is post-irony, people took it as serious. That said, I did find at the time that pop was a menace. It took me a few years to understand that because of the way AI works and the way the Internet works, that pop music was no longer cyclical in the way that it was when I was growing up. It had come to stay.”

He continued, “the kind of hegemonic ability of a pop star to gain attention and use that attention to drive their numbers in ways that go beyond whether or not you have a successful song. That’s kind of what blows Alternative bands out of the water, mostly.”