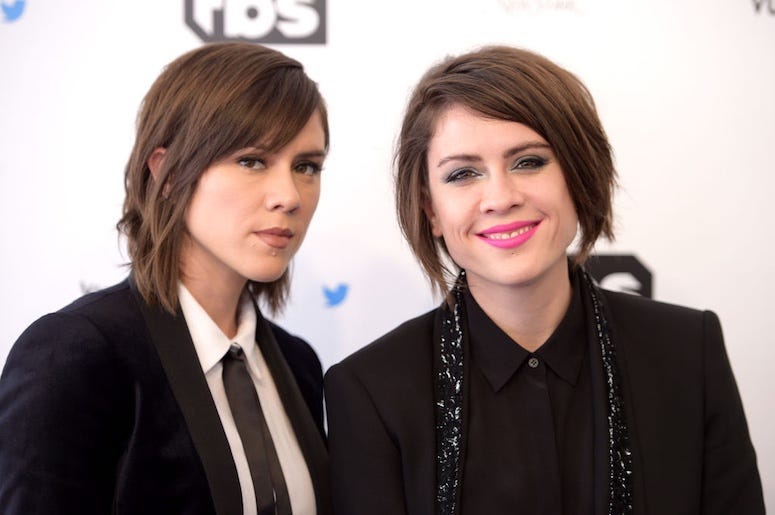 Ah high school. A time that can be looked back on with fondness, anger, cringe, joy, embarrassment, and pretty much every emotion. Fortunately, it can be left in the past, unless it gets turned into a TV show.

That’s exactly what’s happening to indie rockers Tegan and Sara as Deadline reports a TV adaptation of their bestselling memoir High School is in the works. The series is in development by IMDb TV and features Tegan and Sara, along with Clea Duvall as executive producers.

The coming-of-age comedy series doesn’t have a release date yet, but the paperback edition of the book will be available on November 17.

This is Sara’s audition tape for @cleaduvall to cast her to play herself in the TV show based on our memoir High School. pic.twitter.com/JCK9t7kZbW

“Through a backdrop of ’90s grunge and rave culture, the series tangles itself in the parallel and discordant memories of two sisters growing up down the hall from one another,” Deadline describes the series.

The news follows the release of their latest album Hey, I’m Just Like You back in 2019. That record featured re-recordings of songs the duo created when they were in high school.

“We were delighted by the songs, and we felt we could do them justice,” Sara told RADIO.COM in an interview at the time. “We wanted people to hear them. They were excellent. They needed some finessing and massaging but for the most part the melodies were strong.”

The two went by the name Plunk at the time and discovered the songs in their cardboard box archives.

“I was so thrilled as soon as I heard them. I thought that they sounded really amazing,” Teagan said.