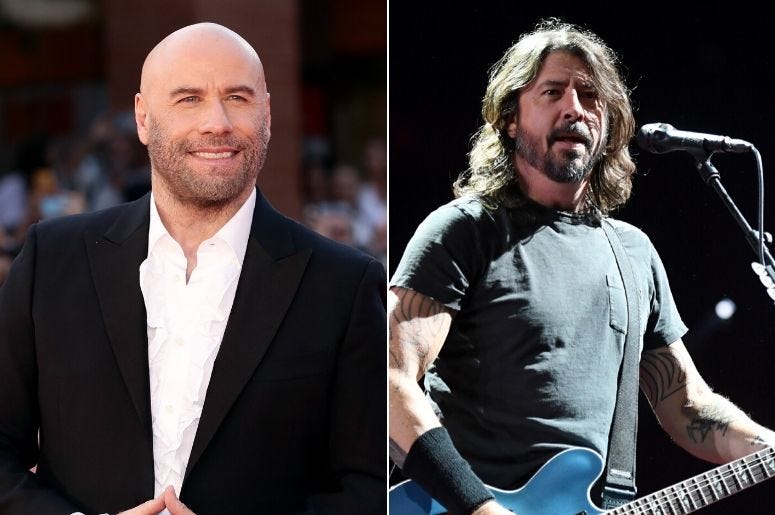 The surviving members of Nirvana got together this weekend for a performance, with Dave Grohl, Krist Novoselic, and Pat Smear being joined on stage by a few special guests.

After the set they were met by another famous face, with John Travolta greeting the band backstage at The Art of Elysium’s “Heaven is Rock and Roll” gala at the Hollywood Palladium.

The actor posted a picture of himself with the band, calling the meeting a “special moment.”

To add yet another level to the interaction, Travolta took in the “Smells Like Teen Spirit” rockers after attending a screening of his film, The Fanatic, which is directed by Limp Bizkit frontman Fred Durst.

The reunion was a success, with Beck, St. Vincent, and Grohl’s daughter Violet taking turns performing with the band. The five song set started with Nevermind’s “Lithium” and closed with a cover of David Bowie’s “The Man Who Sold the World,” which Nirvana tackled during their MTV Unplugged appearance.

The performance is the first for all three members of Nirvana together since 2018, when they delivered a 6 song set at Cal Jam 2018 with Deer Tick’s John McCauley and Joan Jett handling vocals.

The Fanatic was released in August, and is currently under consideration for award season.