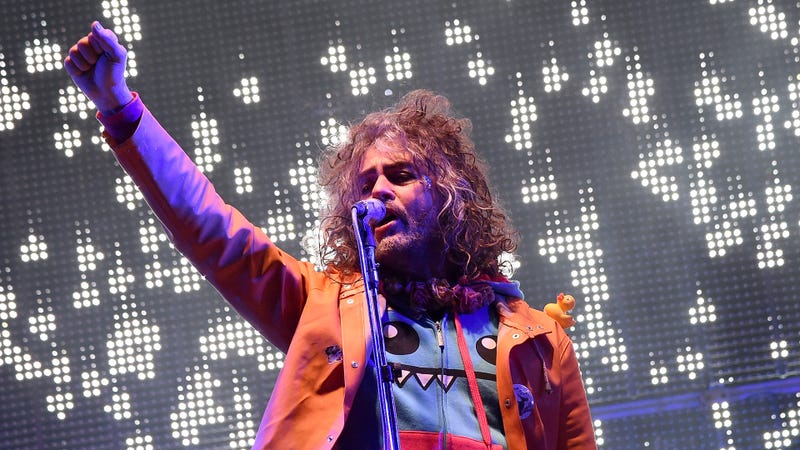 As music fans make preparations to return to a sense of normal following the COVID-19 pandemic, singer Wayne Coyne of The Flaming Lips is doing the same -- getting set for a string of shows, without bubbles, beginning in November 2021 and into the next year.

"We're doing phenomenally well," Wayne tells Audacy's Bryce Segall. "I only say it because, you know, this has been the year where you really do check in with everybody all the time... I mean, It's still stressful," he says. "I think now we're just starting to get back to what we think of as slightly normal life, and it's chaotic too. People forget the world was scary and dangerous before COVID. In some ways, I feel like COVID kind of insulated you a little bit from the chaos... and gosh, what a great gift it gave us in that way. To let us have our own time and own perspective for a little while. I hope that we walk away with no COVID, but a great appreciation for this special time and this big, special effort that the whole world kind of made."

The Lips kept quite busy during the pandemic, as one of the only bands to pioneer a safe way of performing for a live audience. Flipping the script, Wayne and the band put their fans inside of bubbles, mirroring their stage antics from almost the past two decades. "Little by little, as the COVID numbers sort of receded a little bit," Wayne explains, "we felt like it was kind of cool to do these unique, but absolutely safe shows. I don't want anybody to ever think we were, you know, 'the show must go on!'" Wayne also chalks up the success of the "bubble shows" to their dedicated fans. "I think we arrived at this bizarre thing and then there was such a demand for it. I have to say, not every band's fanbase would be as loving and as caring, and has the ability to take care of each other as much as The Flaming Lips audience. So, luckily we found ourselves very busy through most of this time -- which I think without having something to do I probably would have gone a little bit more crazy. Went crazy a little bit, but would have gone a lot more crazy." 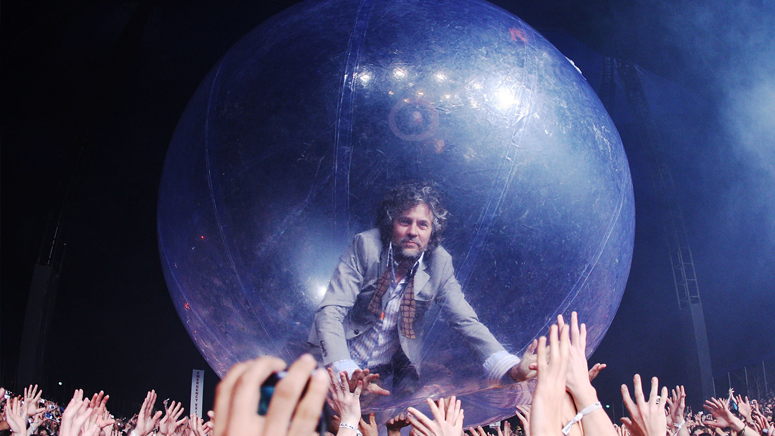 Wayne has become well known for his big ideas over the years; of course, surfing the crowd in a bubble is among them, but true fans of the band will also remember the band's eighth studio album, or albums, 1997's Zaireeka, which was recorded as four separate records meant to be played simultaneously for the full sonic effect. The album is getting a stereo companion release for Record Store Day, which for Wayne is acceptable now. "For the longest time," he says, "I would have a slight twinge of like, 'you can't listen to it just in stereo, it's not meant for that,' but I'm not like that anymore. I'm glad to listen to it in stereo; I think some of the songs are amazing in just two speakers and probably are ruined a little bit by being in the four. But, you know, it's a great experience, either way."

Another great idea, and obviously a great experience that Wayne is still holding out for is the chance to perform with the Lips in space. "I still hold out hope with the likes of an Elon Musk being out there," he says.

"I love him. I think he's cool and I think he's got big ideas that are actually working. We've always said that we want to be the first band to play on the International Space Station, and I feel like to even say that on your show, he might be listening." Whether or not Elon would make it happen is anyone's guess, but he'd likely have to invite his girlfriend Grimes along for the ride, "which I would be very grateful for," Wayne agrees. "I hope it happens on an idea level," he says, but the fear of actually getting shot into space is more than a little nerve-racking. "I'm scared that it actually could happen, on another level, but yeah, I still have that dream."

The band is approaching the 20th anniversary of their beloved album Yoshimi Battles The Pink Robots -- which featured a b-side about a plastic Jesus statue that was given to Wayne by Jack White. After explaining the very true story behind the gift, Wayne revealed that the band is planning some celebratory dates where they will perform the album in full and likely release a deluxe edition with demos, "and a little bit more insight. I think that's gonna be absolutely amazing," Wayne says.

"We've already done it here and there," he adds regarding full album performances, "but I think this 20th anniversary may get us to do more. Maybe a series of 10 or 15 shows."

Tickets for the 'American Head American Tour 2021-22' go on sale today (Friday, May 7th) at 10am local time. Ticket links for all shows can be found at https://t.co/FSRauJ58Kj. pic.twitter.com/Y5ZMHsBQZy

Bryce related his own introduction to The Flaming Lips, when he saw them open for the Chili Peppers and the band had a loop on stage showing a man being shot in the head. Wayne apologized for the trauma he inflicted upon young Bryce, while admitting he's not quite sure why they chose such an aggressive loop (he jokingly blames hanging around with the Butthole Surfers for the choice). The weirdness was appreciated nonetheless, an attribute both of them continue to enjoy in the music they consume.

"I think the first time I heard Billie Eilish," Wayne says, "I mean, I had no idea that she had probably already sold 100 million records. I'm just hearing her as an artist and musician... and I thought some of that was amazingly 'weird,' and great, and listenable, and wonderful. It wouldn't have surprised me if I was the only one that knew that. The other way, it also didn't surprise me either that she was the biggest thing ever. And I don't think even really everything that we do is really all that 'weird.' A lot of it is only weird that it's us doing it, sometimes. We're really doing what we like, which is just what I would tell every artist no matter what you're doing. 'Do what you like, and you may get lucky, like us.' Some of it may absolutely work, and you'll be successful and you'll have a great life at the same time."

Listen to the full interview with The Flaming Lips' Wayne Coyne above, and don't miss the band on the road on their American Head American Tour 2021-22 -- tickets are available now!

Audacy's New Arrivals with Bryce Segall is your destination for what's next in the Alternative landscape. Pairing new music from the artists who define today's sound against tomorrow's voices, on a given night listeners can expect not only first plays and premieres from future favorites, but also exclusive interviews with the most prestigious of the genre's talents. Early guests include Kevin Parker of Tame Impala, Damon Albarn, 100 Gecs, Fleet Foxes, Romy of The xx, James Blake, and more.