The Killers have never been one to chase a trend, uniquely soldiering forward through 16 years of success, wearing their own lane into the industry. It’s been evident since the beginning for the Las Vegas band, and it continues through to their upcoming sixth studio album, Imploding the Mirage, due out on May 29.

“There was a thing happening in New York. A lot of times it’s London, or LA or whatever it is – there’s a sound. And Las Vegas never had anything like that,” Brandon Flowers tells RADIO.COM’s Kevan Kenney in the new exclusive interview above. The group bypassed all the movements of the early 00s, leaning into their influence and carving out their own sonic space among the others. “We never really felt a part of a particular scene, I guess.”

“I think we stuck out,” adds drummer Ronnie Vannucci Jr. 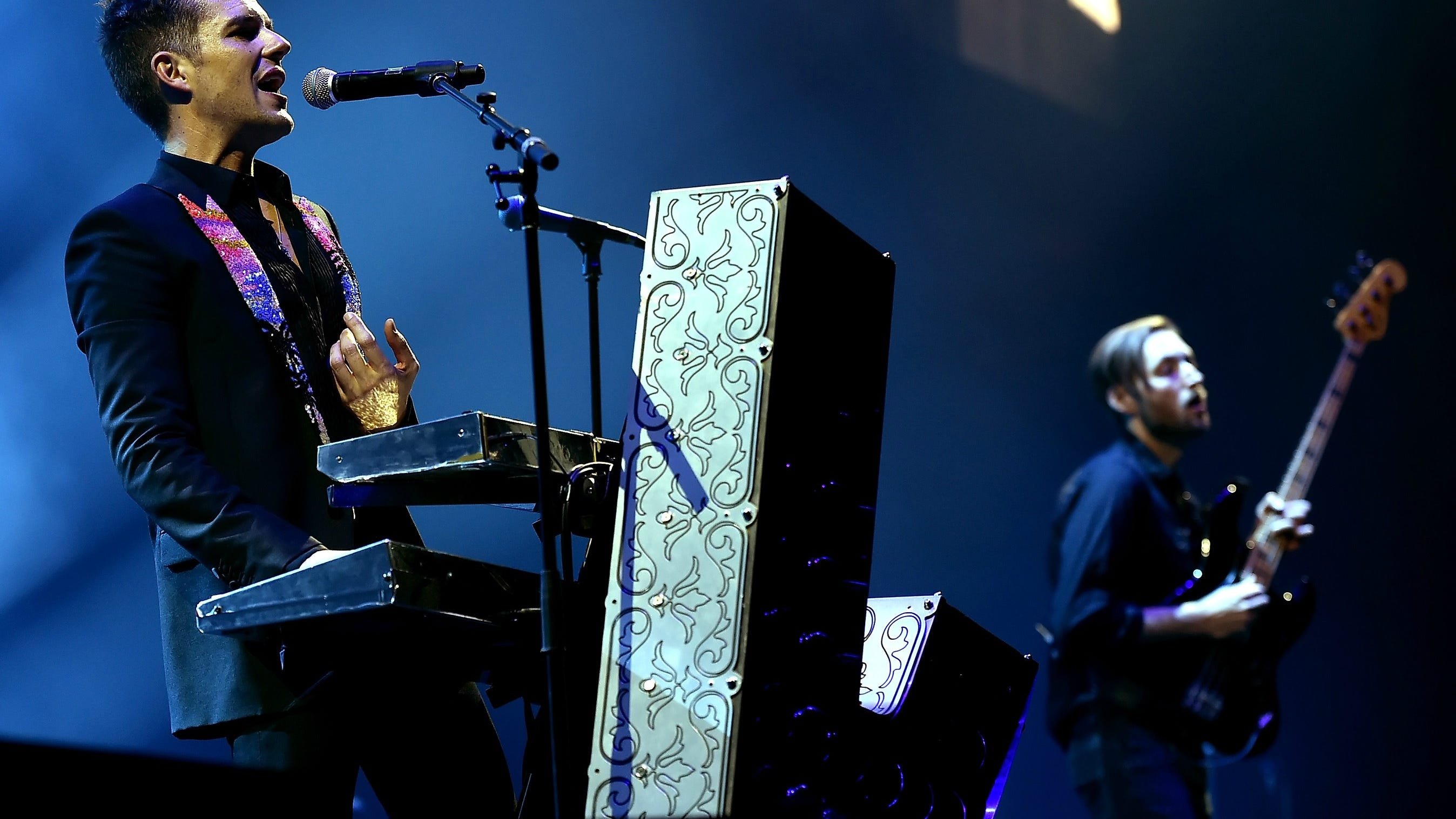 “I think there was probably a thirst for something different, and I think we took advantage of that. We’d play sports bars and there would be a few people there, and we’d have really good show at like, transvestite bars on a music night or something. Late at night, punk rock bars and things like that. I think that’s what gave us notice, I guess. That difference.”

The Killers return with their first new album since 2017 in May, signaling that lead single “Caution” is a strong sign of what fans can expect. The blazing anthem features a guitar solo assist from former Fleetwood Mac star Lindsey Buckingham, and shimmers with hope and urgency like all the brightest songs from the band’s catalog.

The song is our first glimpse into Imploding The Mirage. “This is our first go at something conceptual from basically the beginning,” says Vannucci, with the band using the album artwork as a compass to help guide them back towards the mission.

“I think we had about four or five songs sort of in the can, and then we found this piece of art by Thomas Blackshear,” he remembers. “That sort of inspired us and sort of was our guiding light to sculpture the record, I suppose.”

“We’d be able to look at this piece of art, and be able to say, ‘is this working? Is this lyric working? Or, does this sound like this?’”

The band scrapped several songs they liked, that didn’t fit into the mold they had set for themselves, but the creative touchstone did help them write a complete project.

“It was tough to cut things that didn’t fit,” admits Flowers. “But – it really – I went to it when I needed help with lyrics. It made it easier to decide what to cut, and what type of instrumentation should be used. Maybe even sonically, and what boundaries we wanted to push. We brought in a more female component because of the cover. I mean, everything. We kind of went to it for everything.”

For much more from Brandon and Ronnie of The Killers, including the pressures of their last album and what it meant to work with Lindsey Buckingham, check out the full interview above.

You can also watch The Killers perform on Wednesday April 1 at 9PM ET / 6PM PT, as part of RADIO.COM LIVE: And The Beat Goes On. See the performance here.

Imploding The Mirage is out everywhere on May 29.