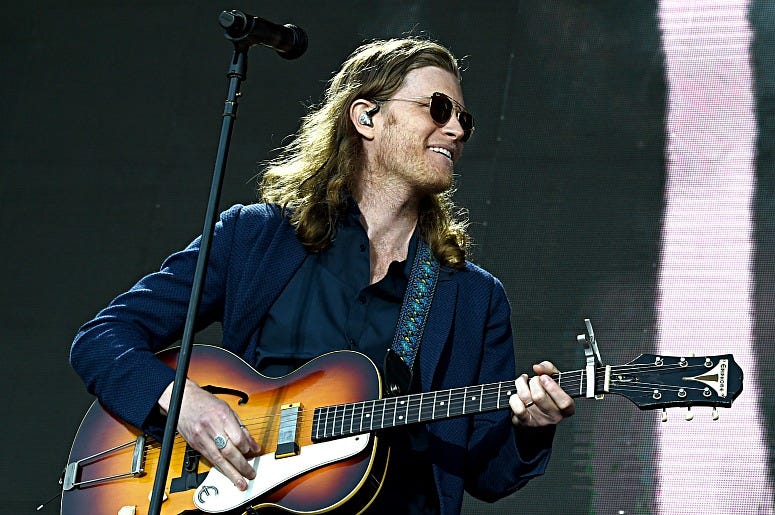 From the first somber notes on the piano to the last sustained echoing strum of the guitar, The Lumineers fit a lifetime of pain, and generations of sadness into their new album III.

Told in three acts through three members of the fictional Sparks family, the band sings about addiction passed down, ripping apart a family in cycles of destruction. It’s not the type of torture that comes from explosive events, but the agony that builds over a lifetime with whispered family secrets and constant disappointment.

III is ambitious and personal. Even told through the filter of this other family you can feel the intimate connection from singer Wesley Schultz. It’s likely from the experience both original members of The Lumineers have had with addiction, impacting their youth as teens in New Jersey through best friends and family members. Here though it’s through the lens of Gloria Sparks, her grandson Junior, and her son Jimmy Sparks. The alcoholism of Gloria trickles down slowly, eventually drowning each member of her family.

As heavy as III is in subject, The Lumineers still find a way to access every corner of their sound. There’s plenty of bedroom confessional guitar playing and sorrow-soaked piano, but there’s also bright moments of punchy keys and galloping guitars. It’s not joy, it is relief, which sometimes is the most you can ask for when it comes to family pain.

WATCH MORE: The Lumineers Take Us Inside "Gloria"

III is a masterful piece of storytelling that dares you to look at the things left unsaid and the impact of addiction on a local level. It’s the band’s third album, following their platinum 2012 self-titled debut and the platinum 2016 folow-up Cleopatra.

The Lumineers will kick off their North American tour in January. You can find the full list of dates here.