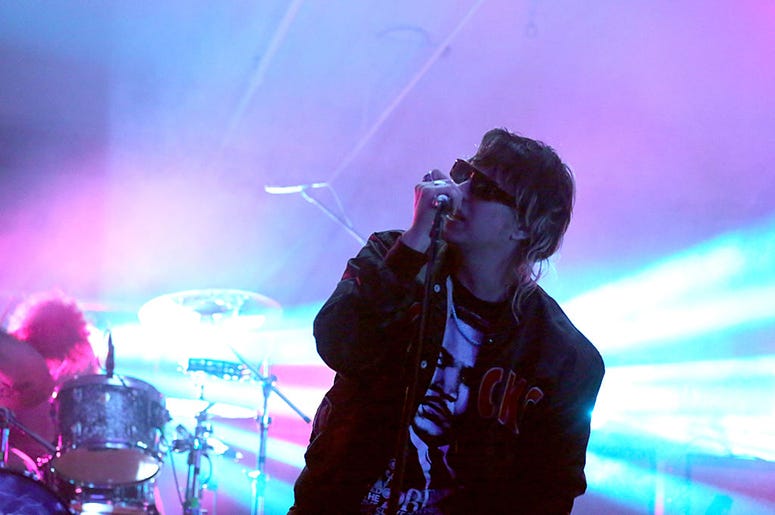 Calling into the New Arrivals show to chat with host Bryce Segall this week, The Strokes and The Voidz singer Julian Casablancas not only confirmed that he’s sitting on tons of new music, but he also completely confounded us with his choice of breakfast cereal.

Getting right into it, Bryce had to know what cereal of choice Julian was crunching on before they began. "It's a mixture," he says. "Cocoa Krispies and Cinnamon Toast Crunch... I mean it is perhaps the greatest chocolate milk-making flavor of all time."

While drifting in and out of daydreaming over which cereal brands we'll be mixing tomorrow morning (thinking Corn Pops and Cocoa Puffs, tbh), Julian pressed on. "There's something about the way it mixes," he says. "I don't know how I discovered it, but it can't be beat."

Julian chalks the idea up to "nomadic hotel life," he says. "So I don't have to seek out food all the time. I'll just get cereal, milk, and the empty hotel room... then I don't have to leave, like Howard Hughes." 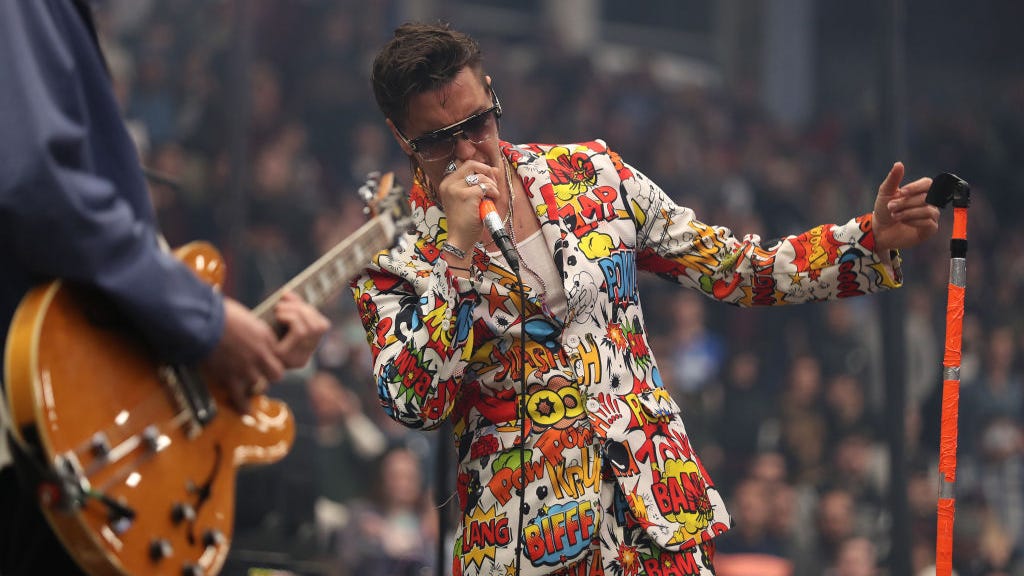 The Strokes Are Here To Soundtrack Our ‘New Abnormal’

The Strokes dropped their latest (and singer Billie Eilish's favorite) album, The New Abnormal back in April 2020, their first record since 2013's Comedown Machine. It landed the band their first GRAMMY nomination, up for Best Rock Album.

While it would seem oddly prescient of the band to drop an album with a title so similar to "the new normal" phrase that people spoke about after the emergence of the coronavirus pandemic, Julian admits his thoughts were elsewhere when nailing down the album's name.

"It was during all those crazy Malibu fires," he says. "Basically everything burned around the studio where we were. There was like a protective orb around Shangri-La [studio in Los Angeles]. There was a map of where the fire was, and a little circle around Shangri-La that didn't burn down."

"That was something the governor had said about the fires, and it had a cool universal ring to it too which proved to be [able to be] applied to different things."

Known not only for his tenure in The Strokes and The Voidz as well as his own solo releases, Casablancas says he's "still on a mission" with his songwriting, "trying to inspire and create inspiration towards, to save time I'll say, 'a better tomorrow.' I think things like, 'Star Wars,' 'Thriller,' things that are artistically valid and popular create waves of inspiration that leads to a lot of good in the world. Essentially, even though the path is artistic, I think the quest is political."

"I write a lot of random stuff," he continued. "I have just notes and notes. Some of it are lyrics, some of it are political things, some of it are reminders to call my mom, grocery lists. I have a lot of paper everywhere... I've got probably hundreds of songs to be honest. It's just finding the money, time, and team to go in and do it..."

Among the notes and video ideas he lays down, Julian admits he never really attaches a specific band or project to them.

"I have songs everywhere, I don't really put a title on it. I just record them and then, honestly The Strokes and The Voidz have their own kind of songwriting engines that are separate. I try not to write songs anymore... so when we're working on Strokes things I can just add to that, or when we're working on Voidz things I can just add to that all day. So, they're kind of independent nowadays."

Casablancas also dropped news during the interview that there is in fact new music from The Voidz on the way, and divulged a short collaboration wishlist for the band. "It's just finding the time to do it all that's the tricky part," Julian admits. "We're working on plenty of songs," he says, "but there's a song coming out soon actually, probably before the end of the year to be honest." 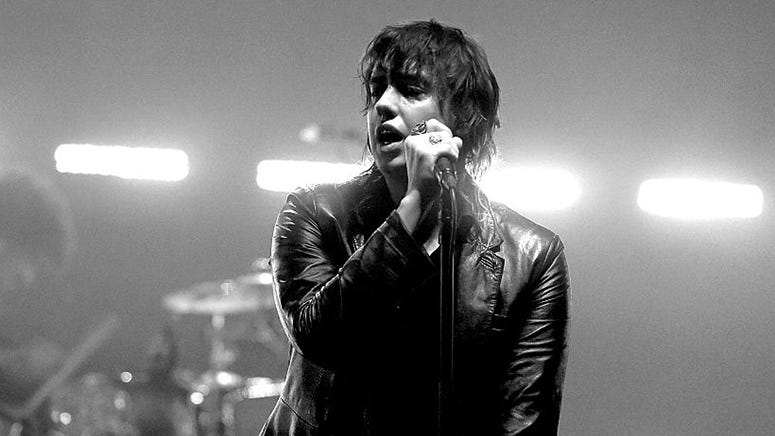 Finally, getting political as Julian tends to do, he wants to convey the message that "power is for sale" and feels "people should consider that truth is not a tactic, if anything it's probably a handicap. But if there's no struggle there's no progress..."

"Also, have we as a species discussed and agreed on what our values are? It seems like the most important thing we have, is it enlightenment? Is it community values? Basically what it is is 'money equals happiness', right? That's kind of like the unsaid value. Sure, profit-motive is fine but is that really the highest value we want to have?"

Listen to the full interview with Julian above.

Audacy's New Arrivals with Bryce Segall is your destination for what's next in the Alternative landscape. Pairing new music from the artists who define today's sound against tomorrow's voices, on a given night listeners can expect not only first plays and premieres from future favorites, but also exclusive interviews with the most prestigious of the genre's talents. Early guests include Kevin Parker of Tame Impala, Damon Albarn, 100 Gecs, Phoebe Bridgers, Robin Pecknold of Fleet Foxes, Romy of The xx, James Blake, and more.