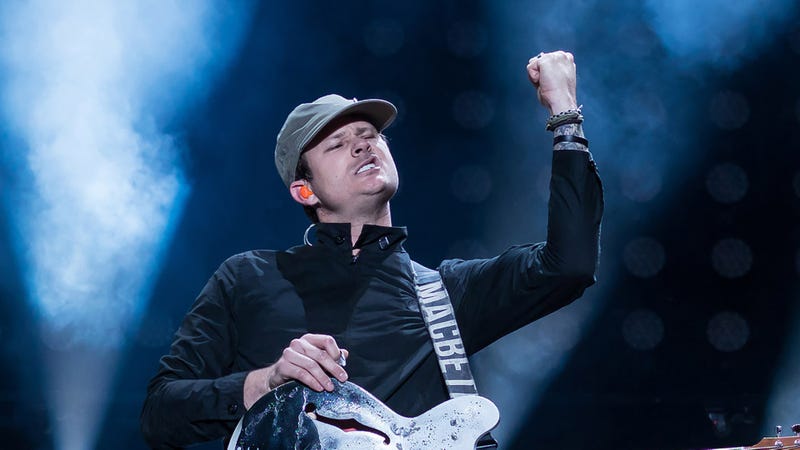 Just a little over a year since making their relationship public, Angels & Airwaves and blink-182 founder Tom Delonge and his girlfriend Marie are now officially hitched!

Delonge dropped the wedding news on Instagram along with a tiny apology saying, "Today, I married my love Marie with a simple little courthouse visit after being engaged for over a year and a half (sorry I only told you all a couple days ago, ha)."

Tom added what amounts to what any one of us would dream to hear as vows, saying his now-wife Marie "is the most amazing person I have ever met. She never judges, totally accepts you for who you are, and is full of love for everyone and everything. She has made everything in my life better, while genuinely supporting my endless quest to create ambitious art and contribute a positive influence to the world as much as possible. She just lets me be free... with her, I feel free. She is the BEST, congrats to us."

The good news comes just a few days after Delonge announced he and Marie had gotten engaged by sharing a simple photo of the pair holding hands while showing off a diamond ring and captioned with a kissy-face emoji. Obviously, they had been holding onto that pic -- and each other -- for quite some time.

Delonge and his first wife, Jennifer, had filed for divorce after 18 years of marriage in September of 2019 after being separated since 2017.