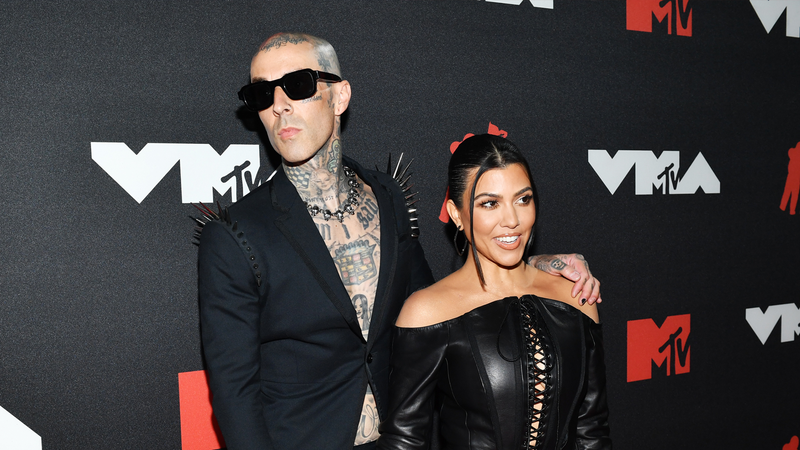 In news that should surprise literally no one, Travis Barker and Kourtney Kardashian we’re seen PDA-ing all over Disneyland and then Travis posted about it on Instagram for those who weren’t there and able to witness for themselves.

In the video, Kourt is seen wearing mouse ears while Barker’s in a hoodie — classic Trav. Naturally, Kardashian's legs are wrapped around Travis's waist as they kiss in front of a pirate ship. Now, let’s talk about the caption Barker chose — “I want your skull 💀”, to which of course Kourtney responded to, commenting, “I need your skull 🖤”.

Though both are actually lyrics from the chorus of Misfits' “Skulls.” There’s still so much to unpack here, also it’s kinda morbid for a quaint Disneyland trip post. Anyway, see the post for yourself, below.

While they might be totally trolling her sister Kim Kardashian West for her recent impersonation of them in ‘SNL’ skit "The People’s Kourt," public displays of affection has kinda already been there thing, so… trolling or not — this is very much on brand.

While the couple went IG official in February of this year, many close to them say they’d been dating for a few months before that. Which means they’ll soon be marking their first anniversary. So there’s definitely so much more PDA to come, not that there was ever a doubt.

So... where do you think they’ll make out next?