Twenty One Pilots have come up with a brilliant way to engage people during quarantine. An online scavenger hunt.

The duo is no stranger to secret clues and messaging and has launched an online scavenger hunt surrounding their new single “Level Of Concern.” They created a website allowing fans to submit codes for new clues.

The video is also accompanied by a phone number, 1-877-LVL-CNRN. If you call the number, you’ll receive the following message.

“Hello, if you are receiving this message you most likely are currently experiencing level of concern. We thank you for your participation and interest. We have hidden codes all around the internet for you to unlock new levels. Each level contains elements that could possess a clue to proceed to the next level. That is, only if you are savvy enough. We guarantee that this game is certainly madness, happiness, paranoia, and fun. Good luck!”

It’s not clear what the end result of the mysterious game will be, but Tyler Joseph did promise it would be worthwhile for Twenty One Pilots fans.

listen,i know we’ve been spanking this song raw,but because we’re in between albums and can’t connect with you guys through shows,we’re using this song as a vehicle, and i think you are going to like what we have planned.

“I never want to lose your trust,so we always make sure that when we hint at something that isn’t new music then we let you know up front,” he added in a follow up tweet.

i never want to lose your trust,so we always make sure that when we hint at something that isn’t new music then we let you know up front.
doesn’t mean we didn’t put a lot of work in to what this will be though.

Twenty One Pilots released their new single “Level Of Concern” back in April, but it’s not clear whether or not this will be part of a new album. The duo’s last album was Trench, which was released in 2018. 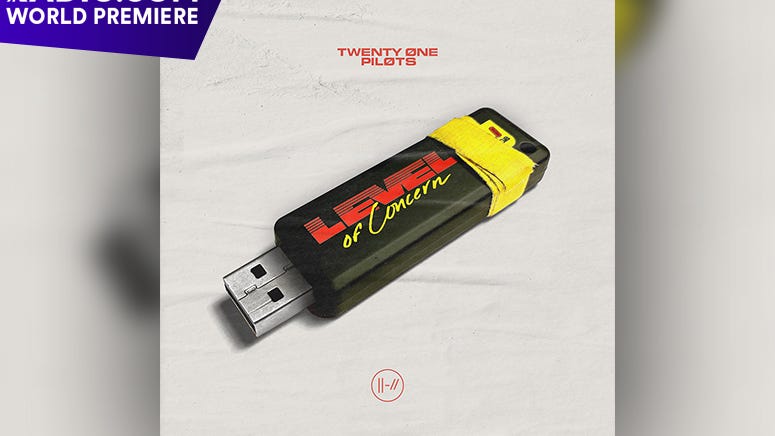 WORLD PREMIERE: Twenty One Pilots Look for Comfort on 'Level Of Concern'