jxdn (Jaden Hossler) joined RADIO.COM right from the set of his upcoming music video for “Pray” to answer all of your fan questions in an exclusive Q+A hosted by Kevan Kenney, letting us in on how exactly he's taking over the world while social distancing.

The TikTok and Instagram celeb already has a massive following on the platforms, known for his lip-syncing videos. Now, he's putting that clout to work by launching his music career as the first signing to Travis Barker's DTA label.

Currently enjoying the success of his debut single “So What!,” jxdn is in the midst of filming the follow up, and he’s doing so as safe as humanly possible, getting his temperature taken upon arrival and keeping his distance.

Looking as if he combed his hair with firecrackers, jxdn admits it’s not part of the video, that’s just how he looks all the time. “I’m not in costume,” he tells Kevan. “Even though I look like I’m in costume every day of my life,” he laughs.

Getting right into the work he’s putting into his first solo album, Pray, jxdn explains his feeling that he’s always kept his music “super-authentic and real,” revealing that the single “Pray,” which deals with his past and present mental health, is “without a doubt the realest and most prominent song” that he’s made.

i pray to God i don’t die in my sleep

“This project means a lot to me… I’m very grateful.”

Growing up in a Christian home, and claiming the faith as his own for period, jxdn eventually found that where he was raised was very “judgement-oriented,” missing the “grace and forgiveness” that he truly appreciates. After moving to Los Angeles and diving into the music scene, he found on his own that everyone struggles, “especially me in a lot of ways,” he admits.

“I had a big moment in my life where I stopped worrying about the things I was really doing, per se, and really my heart behind everything. Now my heart sits in a place where I just love people,” he admits. “Humans have souls, and no one knows the exact right way to live, there’s a lot of ups and downs. It’s important for us to be there for people, one-on-one or with a group, or in my case with millions of people watching my stuff. I just want people to understand that everyone goes through it, and we need to stop isolating people because either they’re struggling or they don’t know what to do. That’s not how you go about it. We’ve got to love people to change.”

It’s a theme that he has been trying to live his life by these days, and incorporate into the record. jxdn understands why people look to different vices for comfort, like sex or drugs, but they never seem to fill any void inside. “They don’t leave any long lasting answers to anything,” he says. “So I just encourage people to find their faith in something, whatever it is that’s their choice, and then stick to it, dude… just hold onto it. That’s what I’ve been doing.”

Further solidifying his intentions with “Pray,” Jxdn admits to speaking with blink-182 and DTA label founder Travis Barker about the impact the band’s 1999 track “Adam’s Song” had, and his wish to have the same influence.

“We really wanted people to understand that this isn’t just a song for vibes – I want this to start a movement in people to realize that it’s OK to go through what millions of people are going through, but it’s not OK to leave it at that.”

Watch above as jxdn discusses any future collaborations on the horizon (Spoiler Alert: there are!) plus fan questions about moving cross-country, the meaning behind his cherry blossoms tattoo, and more.

jxdn’s Pray will be available August 20.

Alongside Powfu, Beabadoobee, Dominic Fike and more, jxdn was recently part of our '7 Alternative Songs You Need To Hear' playlist. Check out the full list below and stay tuned for even more exclusives from your favorite artists on RADIO.COM. 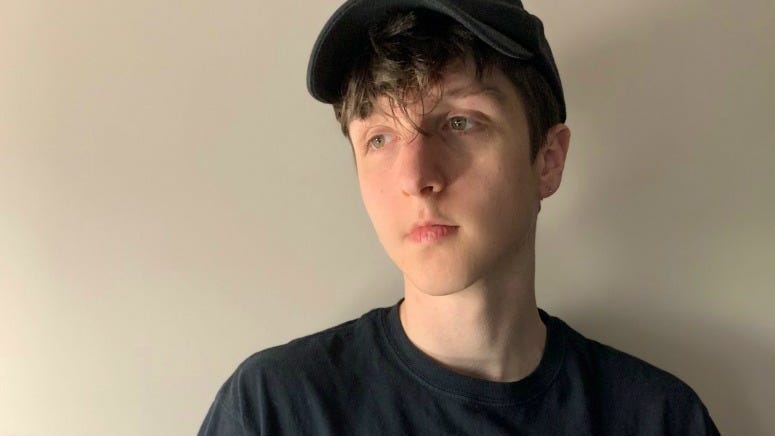