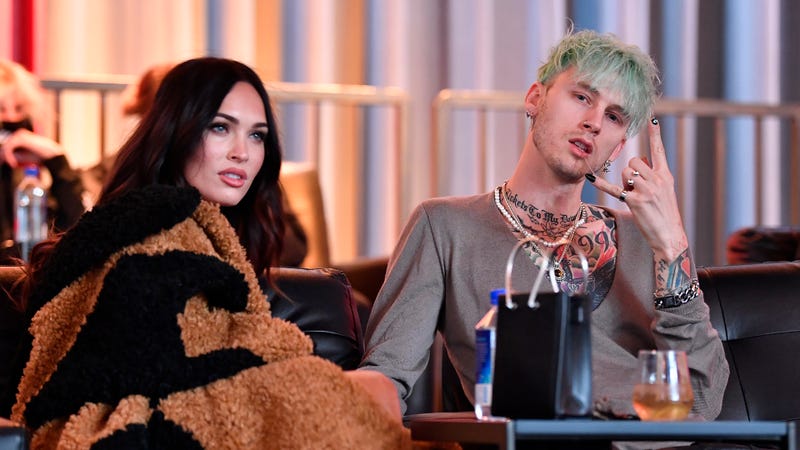 Machine Gun Kelly -- also known by his "government name," Colson Baker -- dropped by The Ellen Degeneres Show this morning, bringing a whole lot of emotion to the table, as well as a look into the beginnings of his relationship with actress Megan Fox.

Grilling him on that now (in)famous vial of Megan's blood that MGK has been slinging around his neck, he told Ellen that early on in their courtship Megan needed to travel overseas for a movie shoot, and he didn't hold a valid passport to visit her. "Some people give a handkerchief or whatever to their partner, or whatever. She gave me her DNA," he said. 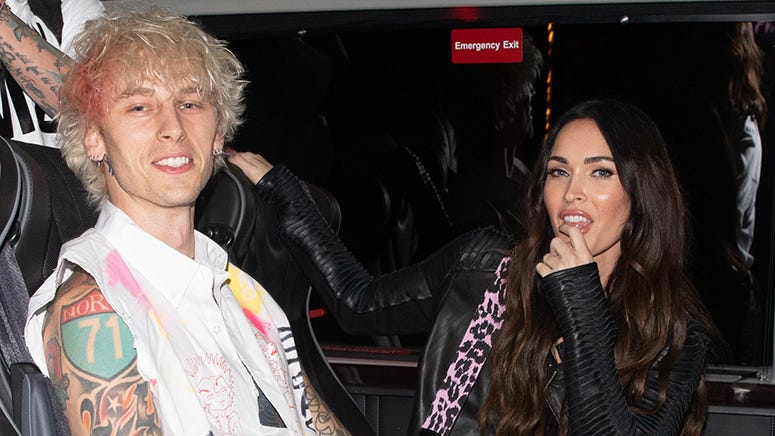 Showing Ellen the hemo-memento, MGK revealed that it was Vermont Sen. Bernie Sanders who ultimately helped him get his documents in order, while thanking him for the assistance. "I haven't even talked to him since this happened. Thank you to the Bernie Sanders team for that. I made it to Bulgaria and the relationship is going strong! So, thank you so much!"

While telling Ellen how he "professionally" hurts himself -- whether that be falling off of the SNL stage with Pete Davidson or one of the many other ways he manages to collect some new damage on a near-daily basis -- they shared some photos from his early days with Fox, which showed him climbing precariously off of a balcony. "I survived this one, but this was our first date," he explained.

The next slide showed him helping Megan "climb down off of a dangerous, three-story balcony in heels." Asked why this was happening, he said it was an attempt to show her part of his world. "I saw this roof and I was like, 'oh I used to hang out there, I just want you to come see my world for a minute.' It was very dangerous. I'm very glad she's alive. First date."

Second date? "We went swimming with sharks," he says, because she loves nature and he's afraid of them. Backing up, "we had two shark experiences. The first shark experience was the day before, where we got in the water and I was like, 'oh, I'm actually comfortable, in the water. This is cool.' She got in the water and put her goggles under and she was like, 'Babe! There's a shark right there!' And before she finished her sentence I was already like halfway down the street. The second day I committed and we swam with sharks."

Pressed on the hows and whys by Ellen, who wondered if Kelly meant he and Megan were protected by a cage while this was happening, he broke it down perfectly. "No," MGK said pointedly. "Like, remember when you were Dory?," he asked, referencing her role in the Pixar classic Finding Nemo. "I was Dory, and there was nobody else but me and [Megan]."

This, mind you, went down while vacationing on the French Polynesian island of Bora Bora -- another place in the world he would have needed a passport to be granted entry. Bernie's team, coming through once again!

Kelly also discussed his Saturday Night Live performance that happened back at the end of January, which ended up being the "cathartic moment" he had been waiting for since the passing of his father last year.

After rocking his hit "my ex’s best friend" with his planned full stage production, he was surprised to learn the second song would be done stripped down because his lighting system had crashed. "And then they were like, '3, 2, 1, Go!,'" he says, giving no chance to even process what happened. "As soon as the chorus came, all the emotion took over and I think it worked out way better." Watch the clips above. Machine Gun Kelly and Megan Fox reveal first photos from their film, 'Midnight in the Switchgrass'