Funnyman Adam DeVine stars as a psychologist who takes part in a head-spinning therapy session with Barak Hardley. The song was written for the end credits of the new film Spell.

DeVine and Hardley both star in the film - about an American illustrator who runs out of medication while mourning the death of his fiancée in Iceland. It’s showing in select theaters now and available everywhere on demand November 19th.

Weezer released “California Snow” last September as the lead single from the Black Album, which followed in March 2019. The band never slows down for long and they’re preparing for a wild 2020. First up is their 14th studio album Van Weezer, a metal-inspired effort tentatively set to be released on May 15th.

“In his earliest years, Rivers was a huge KISS fan, and as he grew, he sought out more technical metal like Fates Warning,” the band explained. “Meanwhile, Brian was a big Black Sabbath fan and Pat worshiped at the altar of Van Halen and Rush. Scott was more into new wave but I couldn’t deny the rising forces of Slayer and Metallica.”

“The last time this vein of harder rock was mined by Weezer was on 2002’s Maladroit, but even that album had some softer sides. But the time has come today for Weezer to fully indulge the beast of metal.” 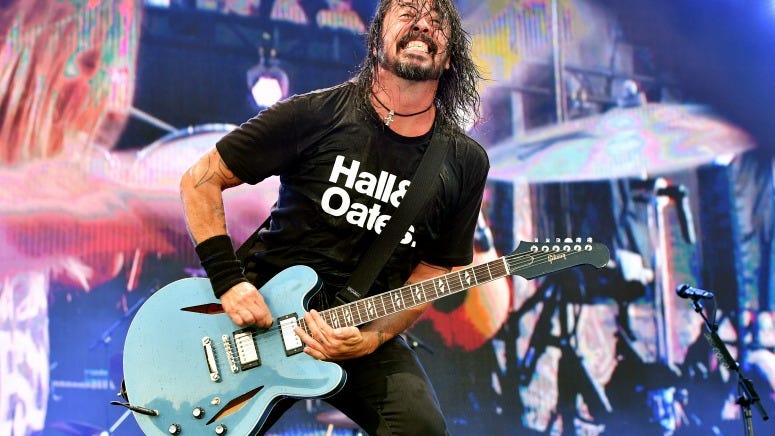 How Weezer Made Dave Grohl Cry

Weezer will also take part in one of the biggest tours of the summer with Green Day and Fall Out Boy. The HELLA MEGA tour will rock stadiums beginning July 17th in Seattle and ending August 29th in Philadelphia.