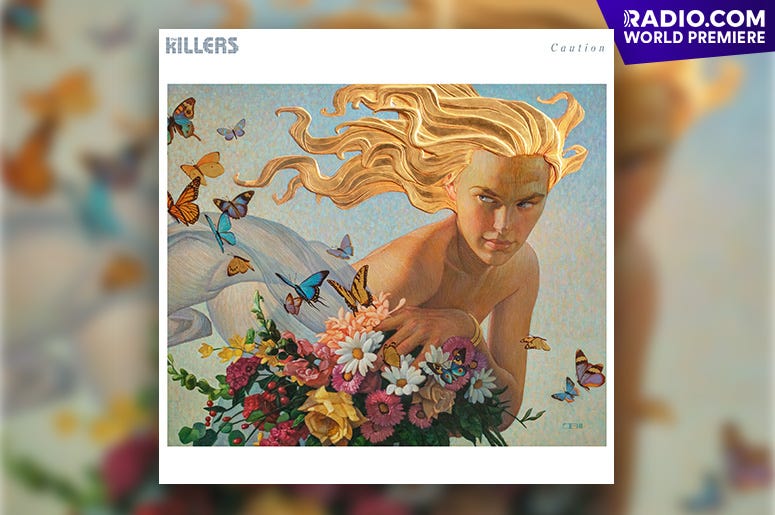 The Killers are speeding towards a new start, unveiling the first sample from their upcoming sixth studio album, Imploding The Mirage. The band is back with “Caution,” a soaring piece of storytelling about breaking free.

“Caution” from The Killers is a RADIO.COM World Premiere, which means you can hear it here and stream it on the RADIO.COM app all throughout the day on Thursday March 12.

Imploding The Mirage will be released everywhere on May 29. It’s the band’s first album since The Killers dropped their chart-topping LP, Wonderful Wonderful, in 2017. It is also the first album from the Las Vegas group to be written and recorded since leaving their hometown. Brandon Flowers and his family left the lights of Sin City and retreated to the mountains of Utah before work began on this latest collection.

So far this next chapter for The Killers shares some of the DNA of their Sam’s Town sound, rich with imagery and anthems, but it’s also set to be a bold new step for the GRAMMY-nominated band. Early word is that Imploding The Mirage pushes the band out of their comfort zone, anxious to explore new sonic landscapes.

Another first, The Killers are collaborating with a long list of guests that span the spectrum this time out. Lindsey Buckingham, k.d. lang, Weyes Blood, Adam Granduciel of The War On Drugs, Blake Mills, and Lucius all find their way onto Imploding The Mirage, making the band’s sixth studio album a more communal affair than ever before. Buckingham is responsible for the raging solo that fills the last third of "Caution."

The Killers have also announced a new set of tour dates across North America, following their sold-out run across the UK and Europe. Can you see the full list of upcoming shows below. Tickets go on sale Friday March 20.