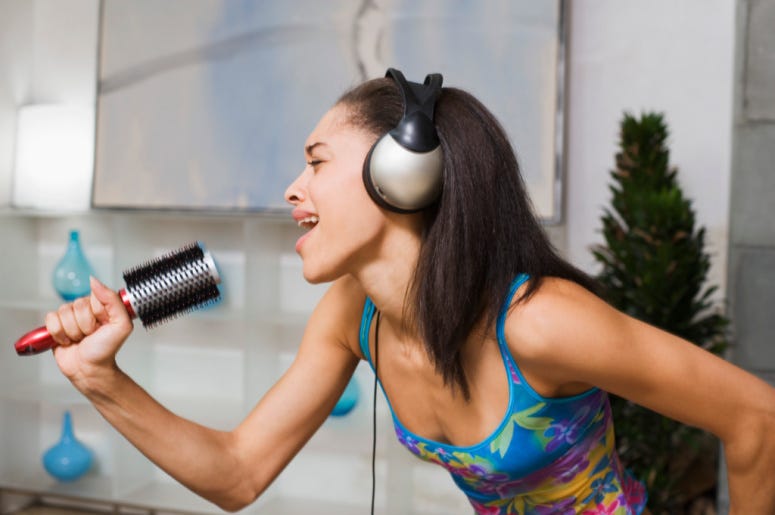 China is taking a lip-syncing stand as part of a list of ten requirements and 15 guidelines that performing artists must adhere to “self-regulate” themselves or else face punishments that includes a lifetime ban from the entertainment industry. Well that sounds serious.

Regulations, issued by the government-backed China Association of Performing Arts (CAPA), are set to begin a trial phase on March 1. It marks the first attempt to structure a list of the country’s long-unspoken rules regarding the entertainment industry.

As a CAPA spokesperson explained to China News, “In recent years, the performing arts industry hasn’t relaxed its efforts to manage attempts to get artists to discipline themselves, but there hasn’t been a written management method to accurately measure and implement disciplinary action and punishment, or to determine whether you should be allowed to work again.”

No this is not a joke, and yes they mean business. Among the 25 quite vague and thus widely interpretable specifications are numerous directives to obey and love the Communist Party, so there’s that. Featured on the list of requirements, for one, performers must above all possess the abilities to “ardently love the motherland, support the Party’s line, principle and policies… and consciously accept government and societal supervision.” They must also feel a sense of responsibility to become an “art worker for the new era” of President Xi Jinping’s rule by “using literature and art to serve the people and socialism.” The third requirement is that artists must “maintain a Chinese cultural standpoint and promote the spirit of Chinese aesthetics.” And while there’s more, we digress.

As for the list of guidelines, aka the list of don'ts, there’s a ban on making unauthorized changes to performance content already pre-vetted by censors, an order to adhere to contracts in accordance with law, as well as the previously mentioned and unexpected veto of the commonly used practice of lip-syncing. That per the new guidelines should now no longer be allowed as it viewed to “deceive audiences through measures like fake singing or performances in commercial shows.”

Widely promoted by all the major state media outlets acting as Party representatives, CAPA’s “Administrative Measures for the Self-Regulation of Performing Arts Industry Entertainers,” though not a binding legal document or official policy pronouncement, can be presumed to represent the current stance of the Chinese authorities.

The main agenda is “moral character” with guidelines directed at all entertainers working in music, theater, folk art, acrobatics, dance and other types of live performance. Created to “improve the professional quality of performers, standardize their professional behavior… and promote the healthy development of the performing arts industry.” Seeking to do so by pushing artists to be better at “self-regulation” and to hold themselves to higher behavioral and political standards in order to be positive role models and more capable of “guiding societal trends via the right kind of artistic ethics.”

An “ethics building committee” made up of artists, agents, venue managers, representatives from the media and live broadcast firms, journalists, lawyers, and, crucially, representatives from political groups such as the central committee of the Communist Youth League is in the process of being formed. Intended to handle the implementation of these new guidelines and help determine whether violators should face a 1, 3, or 5 year or permanent ban from the entertainment world. “Anything related to the listed prohibitions may trigger an evaluation from the ethics building committee,” which will submit reports to the Ministry of Culture for review. With that said, building committees as they might, it is not exactly clear as to what authority CAPA has to enforce such rulings.

Either way, just to be safe, if you plan on doing any entertaining in China, definitely check out the do’s and don’t and remember “ardently love the motherland” and don’t you dare lip-sync.