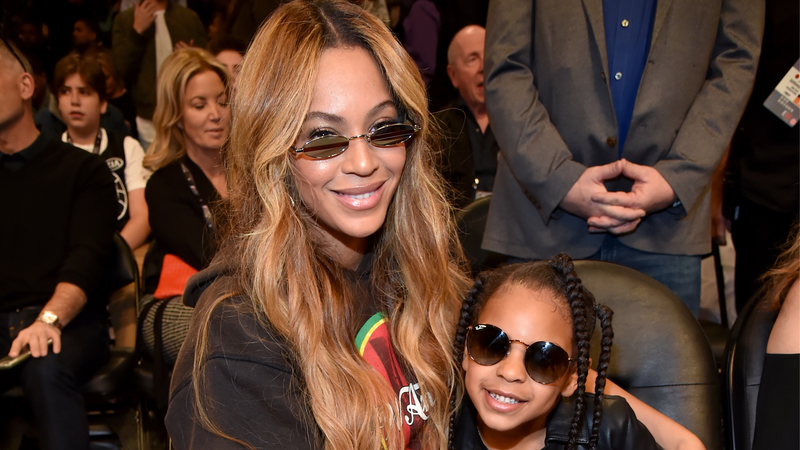 In the clip, B is seen in matching blue outfits while standing next to 4-year-old Rumi and holding twin brother Sir in her arms. Mixed in with various other cuties and a few of those previously mentioned adults, next up Beyoncé and 9 year-old Blue Ivy held hands, strutted side by side, sporting brown and lavender cow print leggings and matching lavender hoodies.

And even though it’s only 36-seconds of content in total, when you re-watch it as much as we did... it's more. Some of our favorite scene-stealing moments include Blue’s strut and those yellow tinted glass. But, perhaps of favorite of them all is little Sir, who, at the 27-second mark came through with the cuteness overload in his adorable mini cowboy hat.

When chatting with Harper's Bazaar for the September Icon Issue, Bey shared some deets on the reason for expanding her line by adding children's clothing. ”On our family vacations, we love to coordinate our outfits." She further explained, "My kids are usually on set with me for shoots, and we'd find ourselves putting them in extra-extra-smalls so we could match. So it is a natural progression for IVY PARK to introduce a selection of key silhouettes in children's sizing.”

Let’s hear it for the mini Carter’s for really showing out. But honestly, would you expect anything less from music's first family? Just one request though, can JAY make a cameo next please?

The IVY PARK RODEO collection is expected to drop on Aug. 20, but in the meantime, enjoy this sweet Carter family content above.