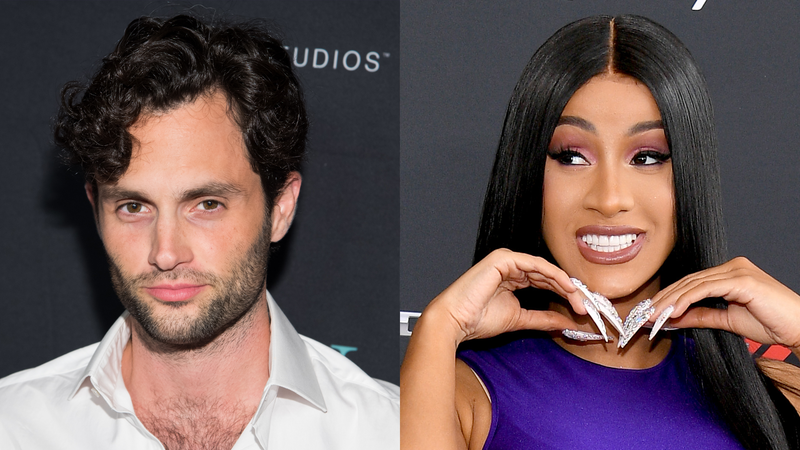 Ed Sheeran and Courteney Cox, Snoop Dogg and Martha Stewart, Lizzo and Chris Evans— yes we’re listing celebrity friendships we never knew we needed but now can’t live without. And now it seems we have another one to add to the list — Cardi B and Penn Badgley (yes Gossip Girl himself).

So here are the deets — It all started when a clip from a 2019 interview of Penn promoting the first season of You resurfaced on Twitter. In it, Penn talks about his own relationship with social media, and praises Cardi’s usage of it and her “authentic relationship” with her fans.

"I really appreciate people who have this sort of totally second nature relationship with social media,” he began. “Cardi B is a great example of that. She has such an authentic relationship. To me, it's this incredibly nuanced place to be. Despite what many might judge as antics and all this, I feel like she has an incredibly authentic relationship to that, and that’s why people like her so much," he concluded.

Well, thanks to it’s Twitter resurrection, Cardi saw the clip and reacted, well, pretty much how’d you’d expect anyone to react to Penn Badgley acknowledging your existence.

“OOOOMMFFFGGGGGG HE KNOWS ME !!!OMMMGGGG!!!!!!Yoooo like I’m famous famous,” Cardi replied to a fan who posted the clip.

Which elicited the following succinct response from Penn.

Oh but it didn’t stop there. Penn then inexplicably changed his profile picture to one of Cardi.

Which was then followed by Cardi changing hers to one of Penn — Yep, which means that Cardi's Twitter page currently looks like this. 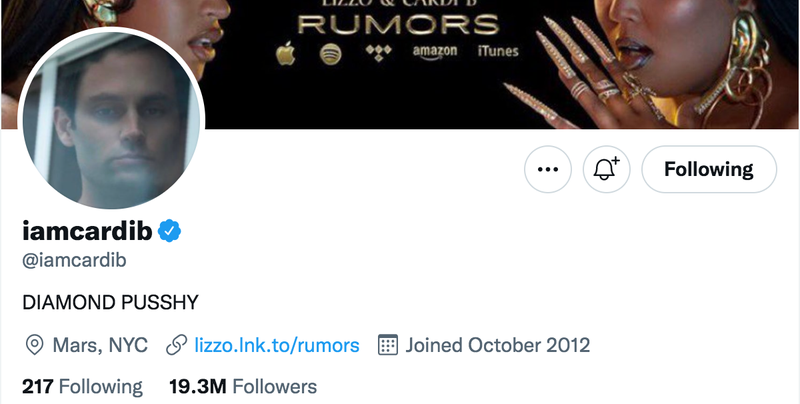 And then this happened.

Well there you have it — our new obsession. And in case you we’re wondering, yes we’re literally still wheezing from laughing so hard.