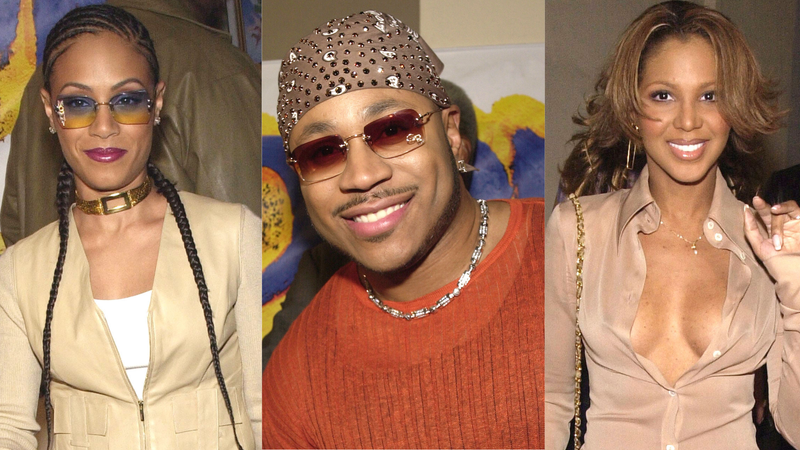 Set in the countryside of Lula, Kingdom Come tells the story of what happens when Bud Slocumb dies abruptly, and his wife, Raynelle (played by Whoopi Goldberg) gathers together the entire family to honor the “dearly departed.” Tensions reach a “comedic boil” as the highly dysfunctional Slocumbs reunite.

In lead roles are LL Cool J as Ray and Anthony Anderson as Junior, sons of Raynelle and Bud who can’t stand each other, along with their wives, Jada Pinkett Smith as Charisse (Junior’s blunt, loquacious wife) and Vivica A. Fox as Lucille (Ray’s sweet, tender wife). In an early scene, Junior and Charisse are headed to Lula, in light of his dad’s death and Anderson offers one of the funniest monologues to ever be portrayed in a comedy while pointing a gun at his wife: “Shut it up! Just shut up! Shut it up! Just Shut up! Alright? My daddy just died. Can you understand that? My daddy just died, I'm 33 years old, I'm dead broke, I have no money, no job, no prospects, three kids and worst of all, I'm married to you. Now just shut it up! Just shut up! Woo! I swear my hand before God, you say one more thing about parking lots, I will kill you and me too. You got that? Do you got that?”

It was then that Anderson cemented his status as a leading man in comedy. The film also happened during the prime of Vivica’s career. Need to know someone who understands the assignment? Vivica is definitely one of those people, right along with Whoopi. Not to mention, this was one of the foundational bodies of work to showcase LL’s acting range. In Kingdom Come, his sex symbol status didn’t need to be on display. He portrayed a hardworking, recovering alcoholic who loved his wife. He was complex, a bit pessimistic and hated dealing with BS, but deep down, all he wanted was to make his wife happy. Plus, his comedic wit was solid throughout the film. When his wife broke the news that his struggling brother, his wife and their children would be staying with them while funeral arrangements were being made, LL's delivery of this phrase was exemplary— “do me a favor? When I die, don’t tell nobody. Just bury me in the backyard and tell everybody I left you.”

One of the matriarchs of Black Hollywood, Loretta Devine portrayed a devout Christian, and sister of the departed, and her son played by Family Matters’ Darius McCrary, was the complete opposite of his mother’s religious stature.

Devine and McCrary's on-screen chemistry was golden from the very beginning of the film and their volatile albeit loving-in-their-own-way relationship evolved throughout into one that was compassionate and forgiving. Their dynamic served as a reminder that while as a parent, you “train up a child,” and though they may stray, most times, those teachings never left them.

Surprisingly, Jada Pinkett Smith shared some of her top comedic moments from the film Sunday, in honor of its 20th anniversary. Though her character worked her husband's last nerve, she never failed to remind him that she could've married his cousin— a rich lawyer named Teddy Wayne. Teddy's wife, played by Toni Braxton didn't take long to remind Jada's character that the grass isn't always greener on the other side. When Jada dramatically fell out on the floor when she realized her husband slept with the town "hoochie," and Loretta Devine's character solemnly reacted, "people don't pay her no mind; she just likes attention," I, too, fell out laughing. We don't get to see Jada's comedic side often, but she does it so well.

One of the best facts about this film is that its soundtrack was solely produced by Kirk Franklin and merged the worlds of R&B with gospel. The title track features himself, alongside Jill Scott. The soundtrack also features Boyz II Men’s Shawn Stockman, Carl Thomas, Deborah Cox, Kurt Carr, Tamar Braxton, Mary Mary, Az Yet and more. The blend of various artists and genres reminds us of the masterpiece Babyface created with the Waiting To Exhale soundtrack. While the aforementioned soundtrack feels like a standalone album, the Kingdom Come soundtrack compliments the many familial dynamics portrayed throughout the film. Franklin, himself, said he loves a good theme and did what needed to be done.

It's been 20 years since the release of this film and it still doesn't get the recognition it deserves. However, Kingdom Come walked, so Chris Rock's Death at a Funeral could run. While this film isn't available on streaming, but it's definitely worth the $4 rental fee.