Celebrities and politicians were among the hundreds of mourners present in Minneapolis on Thursday to grieve the loss and lend support to the family of George Floyd, whose on-camera arrest and subsequent death sparked nationwide protests against police brutality over the past week.

Comedians Kevin Hart and Tiffany Haddish, as well as artists T.I., Tyrese Gibson, and Ludacris were among the coterie of entertainers in the audience at North Central University in downtown Minneapolis -- only a few miles from the scene of George Floyd’s death -- along with Minnesota Governor Tim Walz, Senator Amy Klobuchar and Minneapolis Mayor Jacob Frey. 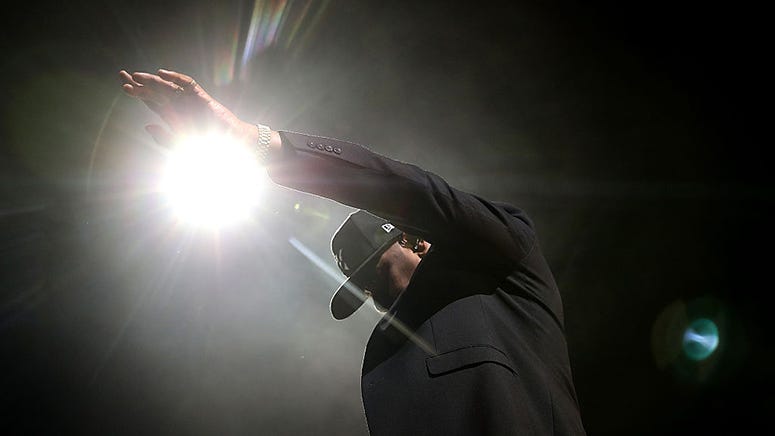 Reverend Jesse Jackson﻿ and Martin Luther King III were also in attendance, as Reverend Al Sharpton gave Floyd's eulogy, comparing the way he was killed to the overarching Black experience in America.

“The reason we could never be who we wanted and dreamed of being is you kept your knee on our neck,” Sharpton said, invoking the horrific way in which Floyd perished at the hands of law enforcement. “We don’t want no favors. Just get up off of us and we can be and do whatever we can be.”

“Everybody wants justice for George,” said Floyd's brother, Philones, at the event. “He’s gonna get it.” Benjamin Crump, the Floyd family attorney, also spoke, saying "what we are doing is helping America be America for all Americans.”

“George Floyd is the moment that gives us the best opportunity that I have seen in a long time of reaching that high ideal that this country was founded upon.”

George Floyd died while handcuffed in police custody and held to the ground with a knee on his neck for nearly nine minutes while he, and others on the scene pleaded for his life. The coroner’s office has ruled his death a homicide. Former Minneapolis Police Officer Derek Chauvin has been charged with second-degree murder, while three other officers who were on the scene have been charged with aiding and abetting the crime.