Less foot traffic amid coronavirus quarantines means more time to spruce up one of the busiest and most iconic crosswalks in the world.

Workers in London refreshed the Abbey Road crossing with a new coat of paint this week. The Beatles made the site famous with the cover of their 1969 album of the same name. It showed John Lennon, Paul McCartney, George Harrison and Ringo Starr striding across the zebra stripes near EMI Recording Studios, which was later renamed Abbey Road Studios. 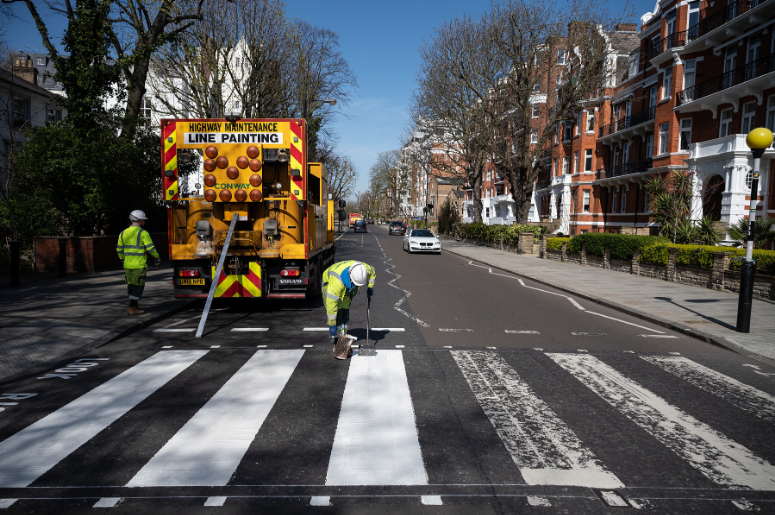 Beatles tour guide Richard Porter, who organized a 50th anniversary commemoration of the photograph last summer, said he has witnessed a lot of interesting things at the landmark over the years.

“Every hour of every day there are fans on the crossing,” he said. “I’ve seen lots of different sights on the crossing, too, from couples having their wedding photos taken to people going across naked.”

Now that all that activity has died down, at least temporarily, it’s the perfect time to prepare the landmark for 50 more years of rock and roll pilgrimages. 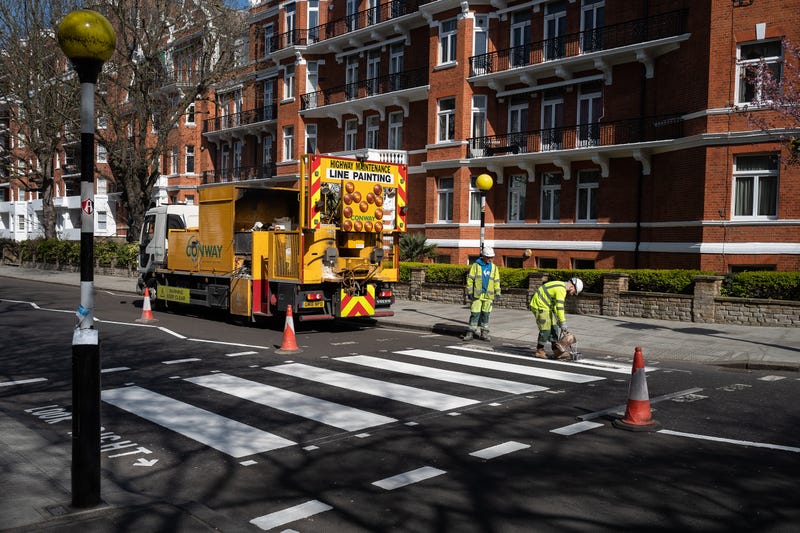