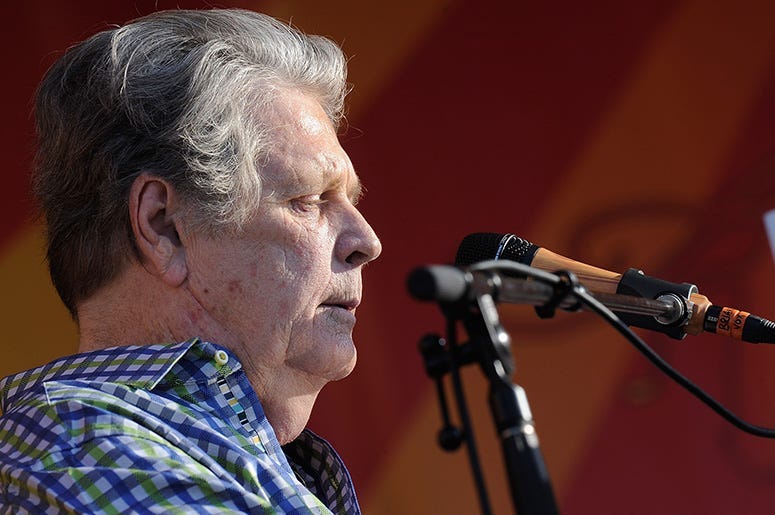 Two original members of The Beach Boys are distancing themselves from the band’s performance at a political rally for President Donald Trump in Newport Beach, California over the weekend.

Former lead singer Brian Wilson and guitarist Al Jardine told Variety magazine they are unaffiliated with the band that performed during the incumbent’s event.
They say original bandmate Mike Love is currently performing under The Beach Boys moniker, and organized the Newport Beach performance. Wilson and Jardine vehemently denied any association.

“We have absolutely nothing to do with the Trump benefit today in Newport Beach. Zero,” the founding duo wrote in a statement. “We didn’t even know about it and were very surprised to read about it in the Los Angeles Times.”

Wilson and Jardine have been adversarial towards Love’s version of the band for many years. Both men started a Change.org petitions encouraging fans to boycott a touring Beach Boys concert at Safari Club International back in February. “This organization supports trophy hunting, which Both Al (Jardine) and I are emphatically opposed to,” Wilson tweeted.

“There’s nothing we can do personally to stop the show, so please join us in signing the petition.”

This organization supports trophy hunting, which Both Al and I are emphatically opposed to. There’s nothing we can do personally to stop the show, so please join us in signing the petition at https://t.co/vOUtJDq6t2

Love’s version of The Beach Boys has signaled support for the President, headlining his 2017 inaugural ball. Love told Uncut in March of that year, "Donald Trump has never been anything but kind to us. We have known him for many a year. We’ve performed at some of his venues at fundraisers and so on."

It’s been eight years since surviving band members performed together, performing for a 50th anniversary tour.