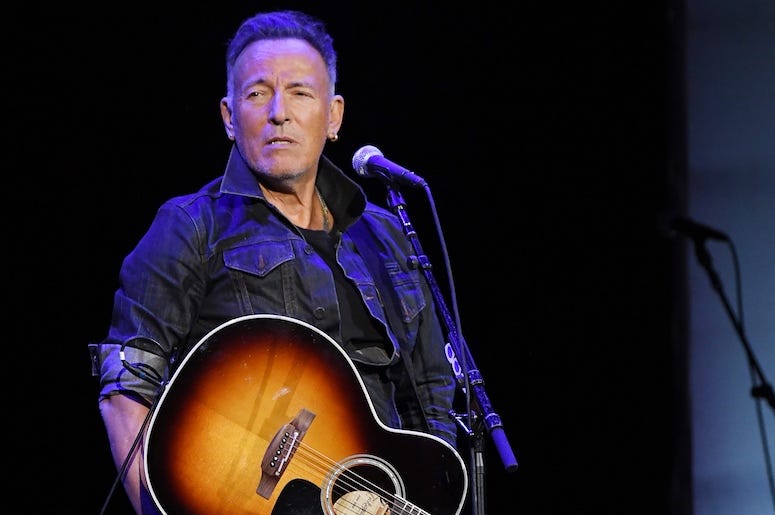 Dreams of being a celebrity are usually accompanied with images of wealth. Experiences like exquisite dining, private transport, or lavish shopping outings give off the glam appearance that may bring a smile to your face. In reality, celebrities aren’t immune to the slog of shopping regardless of if they’re at Gucci or Walmart.

The viral Instagram account @miserable_men has a pretty blunt description of what it’s all about. “Men that went shopping,” their profile reads. The account shares photos of men looking absolutely miserable while they’re out shopping and makes for an entertaining follow.

Thanks to some sleuthing, we’ve discovered that even celebrities aren’t immune to making an appearance on this account. Case in point? Check out this photo of Bruce Springsteen.

“Bruce @springsteen may be 'The Boss' when he’s on the road but I’d say it’s pretty clear who the boss is at home. #miserablemen,” the caption reads.

In all fairness, Bruce could be having the time of his life and was just caught at an unfortunate moment.

If there is one thing that would make “The Boss” miserable, it’s the potential outcome of the upcoming election. In a recent interview, Springsteen said he would consider making the move to Australia if Donald Trump gets re-elected.

"If Trump is re-elected, which he will not be - I’m predicting right now he’s gonna lose - if by some happenstance he should be, I’ll see you on the next plane," Springsteen said.

“I love Australia,” he added. "Every time, we have nothing but good times down there. It’s always a treat to come. Love the people, love the geography, great place for motorcycle trips, it’s close to our hearts."