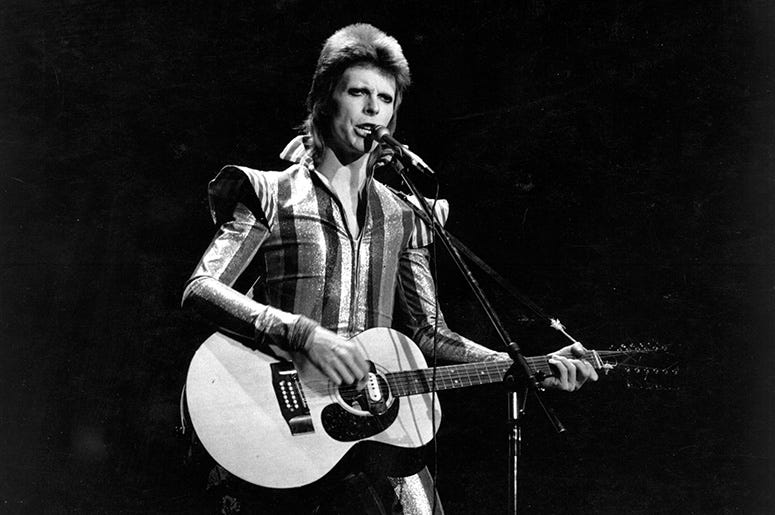 David Bowie’s legacy will be cemented in the upcoming biopic Stardust. Unfortunately, fans were not impressed by the film’s first trailer depicting actor Johnny Flynn’s adaptation of the planetary rock star.

The preview is a supercut of Bowie’s rise to stardom during the early 1970’s. Through a series of costume changes and chance encounters, the artist builds a unique persona and style we come to know at Ziggy Stardust. Bowie breaks barriers and norms on his way to rock super stardom.

Other stars featured in the movie include Marc Maron as the Mercury Records press rep and Jena Malone playing Bowie’s wife Angie. No hard date has been announced for the movie’s release.

A David Bowie biopic has been rumored since the legend died in 2016 from liver cancer. Fans were initially excited for the feature, but changed their tune after seeing the trailer. Criticism spans anywhere from the amount of dislikes on YouTube, to the movie’s story telling ability.

I'm not super hype on the trailer for Stardust. Makes it look like a very by-the-book biopic, which feels wrong for Bowie. If you're going to do a Bowie movie it should be weird and experimental like the man himself. See: Todd Haynes' wonderful "Velvet Goldmine."

I won’t be watching the Bowie movie Stardust simply because I am a Bowie fan #Bowie #Stardust pic.twitter.com/grNohfFlPV

There’s another Bowie tribute in the works to celebrate what would have been the singer’s 74th birthday. A Bowie Celebration: Just for one day! brings together dozens of Bowie alumni band members and famous voices alike. The livestream concert will take place on January 8, 2021 and feature the likes of Trent Reznor, Perry Farrell, Macy Gray, Billy Corgan, Gary Oldman and Gavin Rossdale.

The show is being organized by Mike Garson, Bowie’s longtime pianist. “What we’re planning is an amazing show with the most talented musicians from every period of David’s career, as well as phenomenal artists from many different genres,” Garson said in a statement.

You can get tickets and more information at the event website.