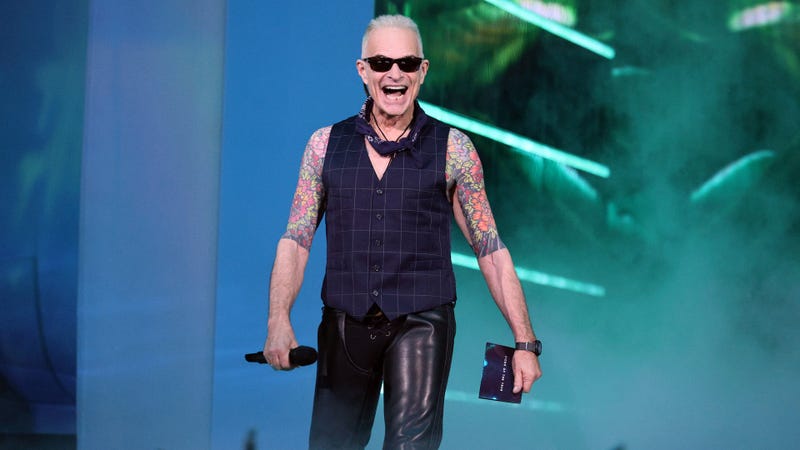 David Lee Roth is set to ring in the new year in Sin City.

Listen to your favorite Classic Rock now on Audacy and check out our all-new exclusive stations curated for fans, by fans.

The Van Halen frontman announced a five-night residency at the House of Blues Las Vegas at Mandalay Bay Resort & Casino. Roth will kick off the residency with a New Year’s Eve gig and include four other shows on January 1st, 5th, 7th, and 8th.

Roth is no stranger to Las Vegas as he performed a residency at the House of Blues back in 2020. During those shows, he performed classic Van Halen songs such as “Jump,” “Panama, and ”Runnin’ With The Devil,” as well as a mix of solo and cover songs.

Tickets for each show of the residency can be purchased here.

Most recently, DLR and Gene Simmons engaged in a “feud” of sorts that stemmed from the KISS bassist seemingly implying that Roth was washed up. “He took being a frontman way beyond anything, and then, I don’t know what happened to him… something. And you get modern-day Dave. I prefer to remember Elvis Presley in his prime. Sneering lips, back in Memphis, you know, doing all that. I don’t want to think of bloated naked Elvis on the bathroom floor,” Simmons said at the time.

Roth responded in a, well, very David Lee Roth manner. He took to Instagram to share a photo of a kid with his tongue out and middle finger hoisted in the air with the caption “Roth to Simmons.”

Simmons ended up issuing an apology to Roth a few days later saying that he was “sorry and ashamed.”

​​“What matters is I hurt David's feelings,” Simmons said. and that's more “So I sincerely apologize for that. I didn't mean to hurt his feelings.”