Watch our Audacy Live with BTS
By Bob Diehl

Eddie Van Halen was declared cancer-free in 2002 after having a third of his tongue removed, but he has been flying to Germany to get treatment for throat cancer for some time, according to a new report by TMZ.

The celebrity site has sources who say the 64-year-old has been receiving radiation treatment overseas for five years, but those close to him insist he is doing OK. There’s also paparazzi video posted online, dated 9/17/19, that shows Eddie looking outwardly healthy during a shopping trip with his wife.

Eddie has said he's been told he could have gotten the cancer from using a metal guitar pick back in the day, which he would sometimes hold in his mouth. But he was also known to be a heavy smoker.

There’s been a lot of speculation about Eddie’s health in recent years, and the speculation has only increased over the past few months. Some wondered if he was the reason why a Van Halen tour never happened over the summer. Momentum seemed to be building for the four original members to play together for the first time since 1984, but the idea fizzled out without much explanation. 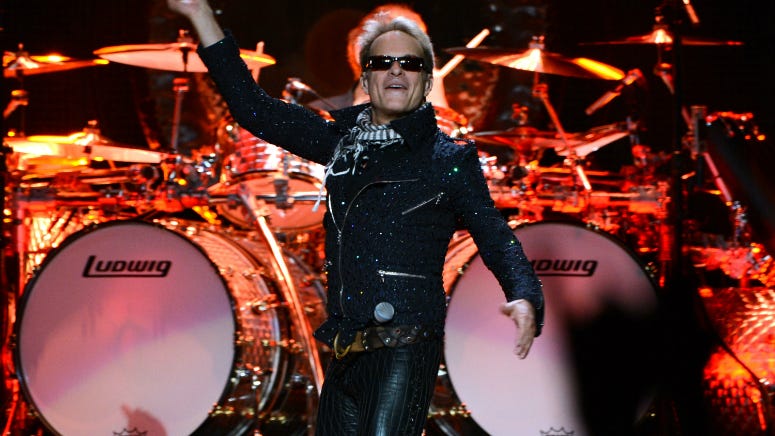 While the Van Halen brothers have been quiet on the music front recently, Roth and original bassist Michael Anthony have been making plenty of noise. Roth is preparing for a Vegas residency, while Anthony joined Roth’s Van Halen replacement, Sammy Hagar, on his current project - Sammy Hagar and the Circle.