If The Who are in Seattle, you can count on Eddie Vedder being close by. One of the band’s biggest fans and friends joined them on-stage during their performance at T-Mobile Park.

The Pearl Jam frontman, sporting a Union Jack blazer, joined Roger Daltrey, Pete Townshend and company towards the end of the show for “The Punk and the Godfather.” Vedder enthusiastically traded vocals with the two legends, owning lyrics like: “We're the slaves of the phony leaders, breathe the air we have blown you.”

Vedder’s wife, Jill, and daughter, Olivia, were among those who caught the performance. Jill proudly posted a video on Instagram with the caption: “This all day and forever,” and added a picture of Eddie with Olivia and Townshend.

The Who only have two more North American dates on their tour schedule, but new music is on the way. Their first studio album in 13 years, WHO, will be released on November 22nd. The band has already been playing a few of the 11 tracks live, and Daltrey has said fans have a lot to be excited about.

“I think we’ve made our best album since Quadrophenia in 1973,” Daltrey said.. “Pete hasn’t lost it. He’s still a fabulous songwriter, and he’s still got that cutting edge.” 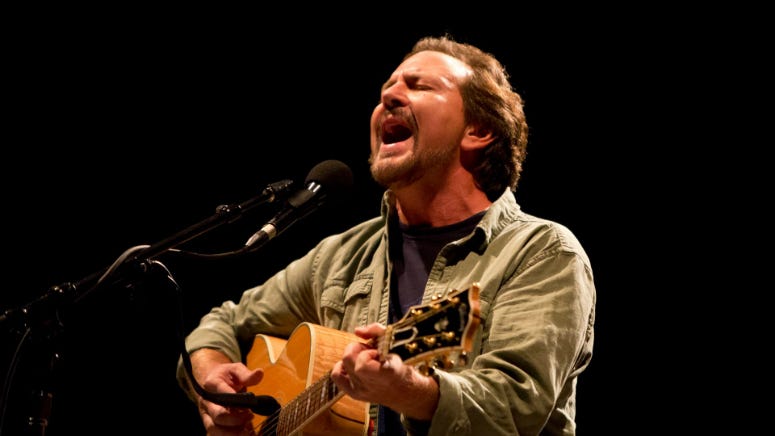 Pearl Jam has not released a studio album since 2013’s Lightning Bolt, but guitarist Mike McCready said in April the band was working on something.

“It’s the longest I think we’ve had between records,” he noted. “We’ve got a bunch of songs ready to go, and I think we’re going to get something cool this year. Hopefully it will be out, I don’t have a date on anything yet though.”