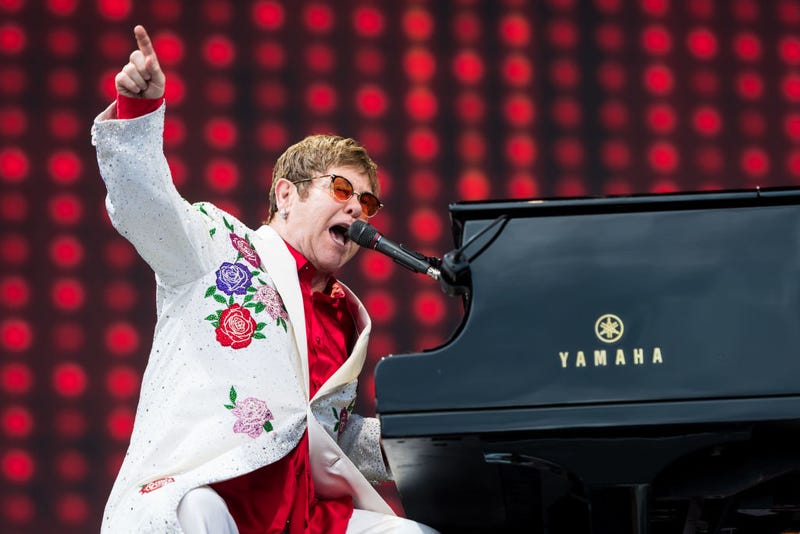 Elton John is opening about his near-death experience after being diagnosed with prostate cancer a few years ago.

In his shocking new memoir, Me: Elton John, the 72-year-old discloses he was “24 hours away from death” after developing complications from prostate surgery in 2017, in new excerpts uncovered by the Daily Mail.

Getting the finished copies of my official autobiography, what a moment!! 📖 🚀 Me is out in just three weeks and you can pre-order it now from the link on my bio. #EltonJohnBook

While the surgery was initially successful, ten days later the “Rocket Man” singer found himself in excruciating pain after fluid began leaking into his lymph nodes. Following several months of hospital visits, the GRAMMY winner was cured “by accident” when doctors performed a routine colonoscopy just prior to his 70th birthday.

But things took a turn for the worse while touring South America, as John fell ill and “couldn't stop shaking.” After being transported back to the UK, doctors discovered John had contracted a major infection and needed emergency surgery to drain more fluid. The situation appeared dire as John was put in intensive care.

“There were MRI scans and God knows how many other procedures,” the “Tiny Dancer” hit-maker added. “The doctors told [husband] David I was 24 hours away from death. If the South American tour had gone on for another day that would have been it.”

He continued: “I lay awake all night, wondering if I was going to die. In the hospital, alone at the dead of night, I'd prayed: ‘Please don't let me die, please let me see my kids again, please give me a little longer.”

After 11 days, he was able to return home to husband David Furnish and their two sons, Elijah and Zachary. For seven weeks he recuperated and had to learn how to walk again. It was during that time that John realized he wanted to stop touring and spend more time with his family.

“It was like being shown a different life, a life I realized I loved more than being on the road,” he writes in the autobiography.

The singer is currently in the middle of his Farewell Yellow Brick Road World Tour which is scheduled to run until December 2020.

Me: Elton John will be released on October 15.