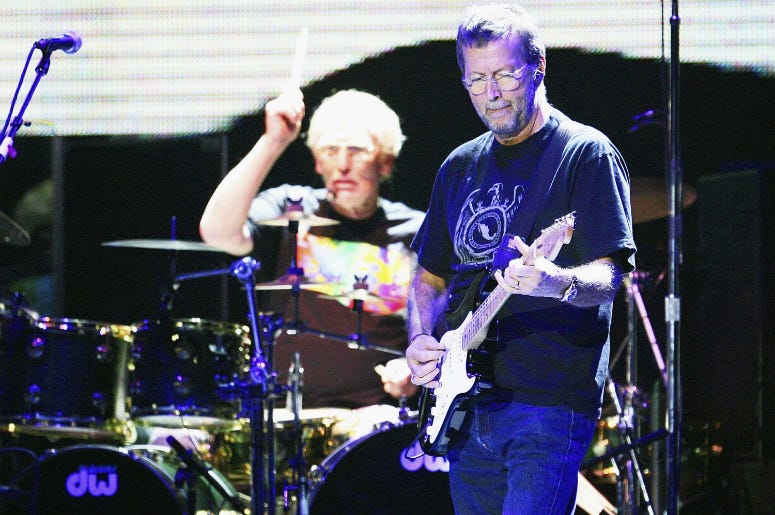 The show will happen on February 17th at London’s Hammersmith Apollo with proceeds benefiting Leonard Cheshire – a UK-based charity that helps people with disabilities. Clapton will perform at the concert, but no other artists have been announced.

Baker died last month at the age of 80 after years of various illnesses. In 2013, he said smoking had resulted in chronic obstructive pulmonary disease, while degenerative osteoarthritis and chronic back pain made drumming even more difficult. In 2016, a fall left Baker with swollen legs and feet, and he underwent open heart surgery the same year.

“He was a fiery but extremely talented and innovative drummer,” Mick Jagger remembered. “Incredible musician. Wild and inventive drummer,” added Ringo Starr. “Peace and love to his family.”

Baker founded Cream with Clapton and Jack Bruce in 1966, providing a blueprint for minimalistic but powerful blues rock with songs like “Sunshine of Your Love” and “White Room.” Baker and Clapton also played together in the short-lived supergroup Blind Faith, and last shared a stage during Cream’s brief reunion tour in 2005.