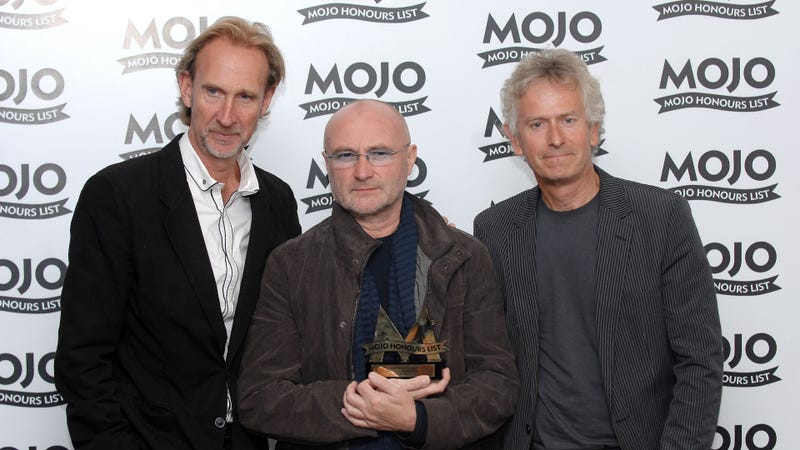 The long-awaited reunion is finally here and it’s ready to come stateside.

Genesis has announced The Last Domino? Tour with a 19-date string of shows in 2021 beginning November 15 in Chicago and wrapping up December 16 in Boston.

You have to go all the way back to 2007 to find the last time Genesis took the stage together.

On this tour, Phil Collins, Mike Rutherford, and Tony Banks will be joined by longtime touring guitarist/bassist Daryl Stuermer and Nic Collins, the twenty-year-old son of Phil, on drums. Collins’ son has been playing in his solo band for the past five years, but this will mark his first public appearance with Genesis.

Tickets for each show go on sale Friday, May 7. See the full dates below and purchase tickets here.